The Joules Journal / All Aboard! An Interview with the The Railway Children Return Producer, Jemma Rodgers

All Aboard! An Interview with the The Railway Children Return Producer, Jemma Rodgers 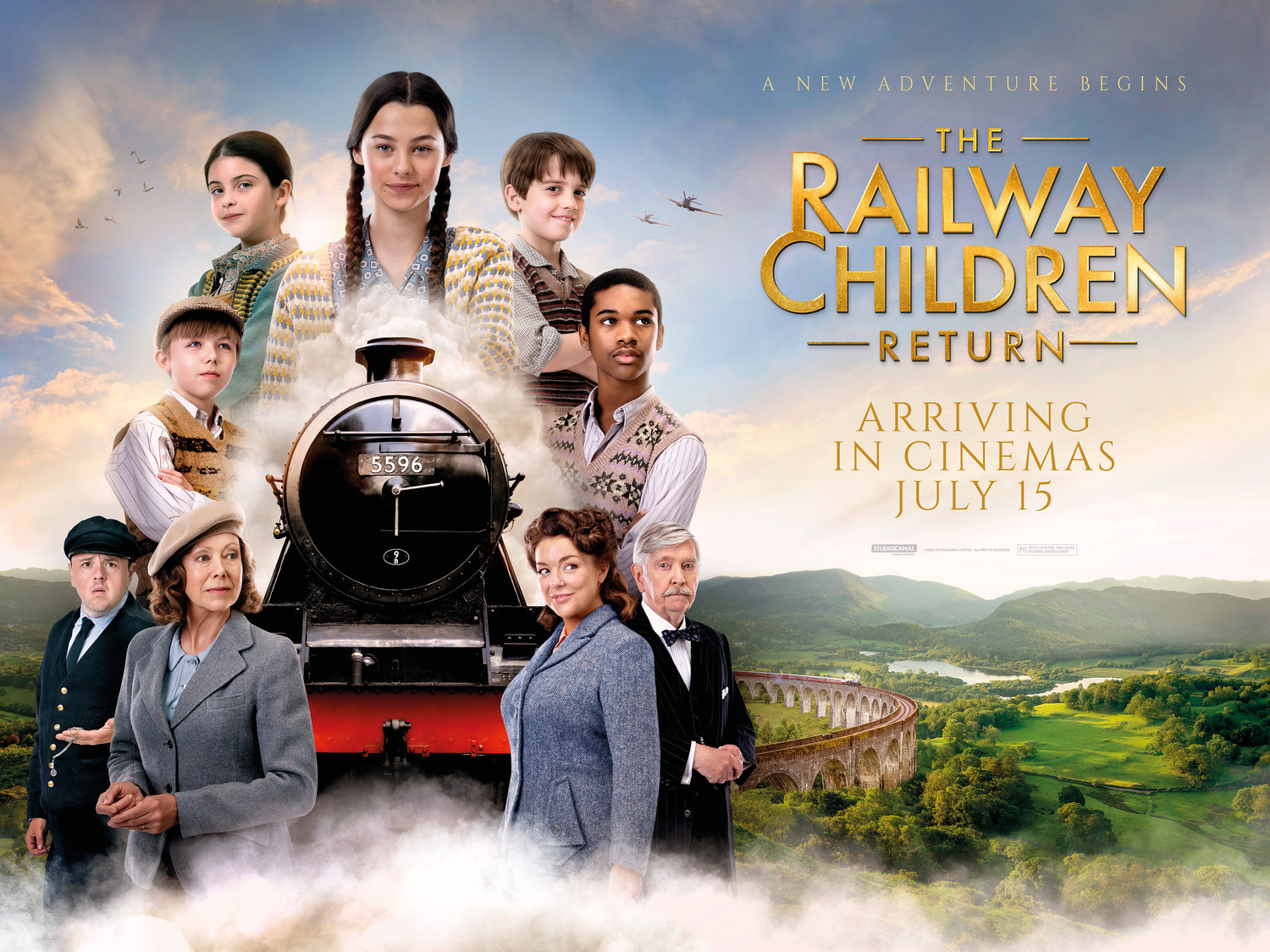 The Railway Children was one of our favourite books as youngsters, and then one of our favourite films – who doesn’t shed a tear when Bobbie runs along the platform at the end? That’s why we are absolutely delighted to be partnering with The Railway Children Return, in cinemas July 15, the brand new heart-warming adventure inspired by the original story, to give you the chance to WIN a family break to Yorkshire!

This fantastic prize includes a weekend stay to York’s only 5-star hotel, The Grand, afternoon tea at Bettys Café Tea Rooms, tickets to enjoy the Keighley & Worth Valley Railway, a £500 Joules gift card and a Joules x Pelham luggage set.

10 runners-up will each receive a £50 Joules gift card and a The Railway Children Return goody bag.
To enter, simply take a photo of your favourite family adventure, then upload it to www.joules.com/competition or Instagram and use hashtag #joulesfamilyadventure
The competition will run from the 20th June – 8th August.*

For more information about the film visit TheRailwayChildrenReturn.co.uk

To celebrate the partnership and the film’s arrival in cinemas across the UK, we sat down to speak with The Railway Children Return’s producer Jemma Rodgers to discover all the behind-the-scenes magic that went into creating this continuation of a classic. 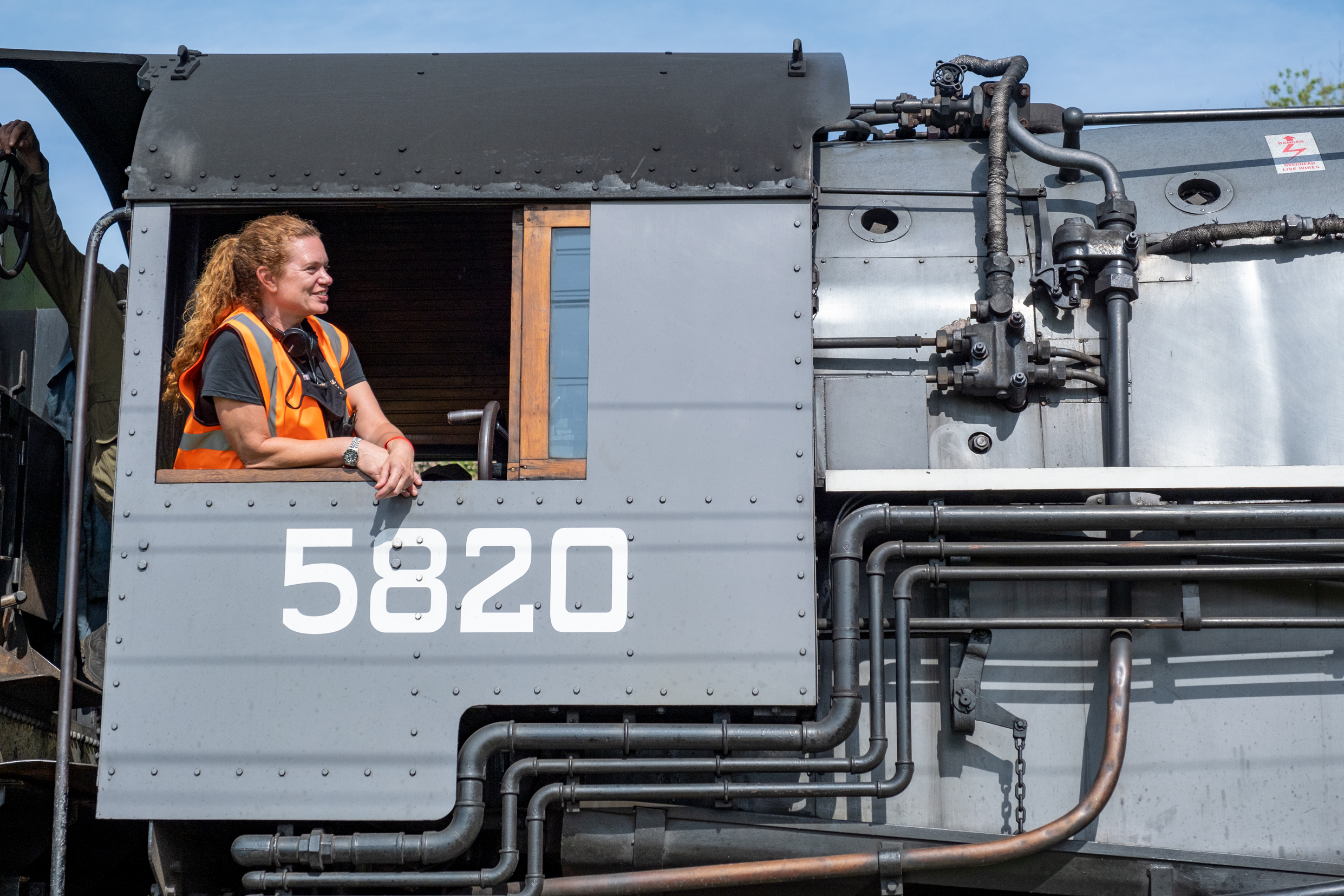 First things first, what is The Railway Children Return about?

There to meet them on the train station platform are Bobbie Waterbury (Jenny Agutter, reprising her iconic role in the original film), her daughter, Annie (Sheridan Smith), and grandson Thomas (Austin Haynes), and with their help the evacuees are soon settling into their new life in the countryside.

When the children discover injured American soldier Abe (KJ Aikens), hiding out in the railyard at Oakworth Station, they are thrust into a dangerous quest to assist their new friend who, like them, is a long way from home.

Did you know you wanted to weave in nods to the original Railway Children?

Absolutely, it was a frightening mantel to take on the baton of The Railway Children!! So, it was very important to me that the original film was acknowledged within the new film to pay homage with a few nods. The inspiration came about when one of my adopted daughters had come home from primary school upset about learning about the evacuation of the children in WW2. The fact that she had arrived to us by train gave her a visceral understanding of what it meant to arrive at an unknown destination by train and to go from one family to another.

So, I tried to find films to watch with her to help discuss the experience of that kind of movement and loss, but also hope of something better. There weren’t many films about the subject suitable for her age but then I thought of course The Railway Children! I’ve always loved the film, in fact, before I even had the idea of The Railway Children Return, I already had a saying I’d written “be more railway children” on our family blackboard in our kitchen!

Because I used to live in Haworth, I knew all the locations. But I hadn’t realised until I watched it again, just how much Haworth is in it. I got to the end and thought why hasn’t anyone done a sequel? You could do a sequel with all the same locations. Then I thought of doing a sequel with the WW2 evacuations, which would mean it would be set in the 1940s… and I started running it in my head, working out how old Bobbie was in the original, how old would she need to be for it to be set in the 1940s, how old Jenny is in real life, where she would need to be in her life to play Bobbie in the sequel… 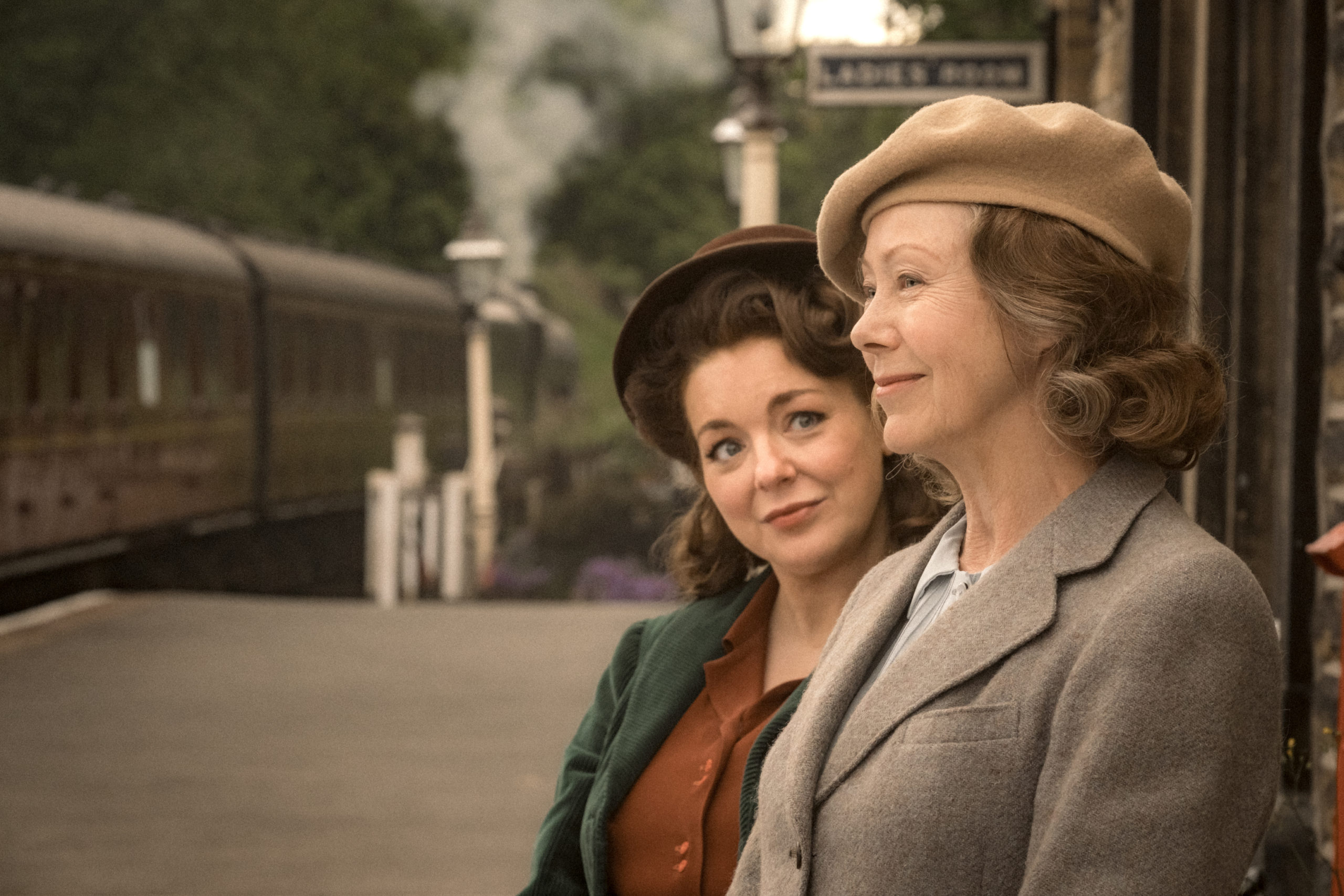 Is that something you knew you wanted? That Bobbie and the original actors be in the film?

Yes absolutely, there simply is no Railway Children without Bobbie! I watched the film and went straight to my desk and started working it all out. It felt fairly straightforward because I already knew all the locations, trains, stations and I wanted to use some of the same cast. Those are the hard bits of production, so I thought it should be quite simple.
I started figuring out what would have happened to Bobbie in between the two time periods and what her life would look like now. Because of course, there was WW2 but they would also have been through the Great War.

I also wanted The Railway Children Return to have a nod to the story of the Russian the children helped in the original film. I thought it was important that the children be involved in an adventure of meeting someone and assisting them somehow.

So, I had my beat points of the story and wanted to show that this film was paying homage to the original film and to the book but that it also be a new story in its own right. It all came together quite naturally after that.

Although there is a serious undertone, there are so many moments of joy in the film. Was the children discovering the countryside and these little moments of happiness something really important to you to build into the film?

Yes it definitely was, that’s born out of the fact that I live in the countryside. Our kids do play outside all the time get filthy muddy and make dens! That whole countryside life is right on our doorstep. During the development of the film, because it then developed through Covid, the film took on another layer of relevance because that’s what all the kids were doing at that time. The countryside element is so important to me. Since Covid we’re busier in the countryside than some town centres.

How did the cast find the experience of filming in such a rural setting?

Eden and Zac are from the outskirts of Manchester, Austin is from Leeds city centre (but nowhere is that far from the countryside in Yorkshire) and Beau is from down south. They didn’t live in the countryside like I do here!
Because we were filming in Covid conditions, we had to put all the cast, children and families into ‘bubbles’. They stayed in self-catering cottages right out in the country round Oakworth and they loved it! They were like the railway children should be. The chicken scene in the film was their first time holding chickens; we wanted them to react as naturally as possible. Now, when you get them together, they talk more about their adventures at the cottages than they do about the film! 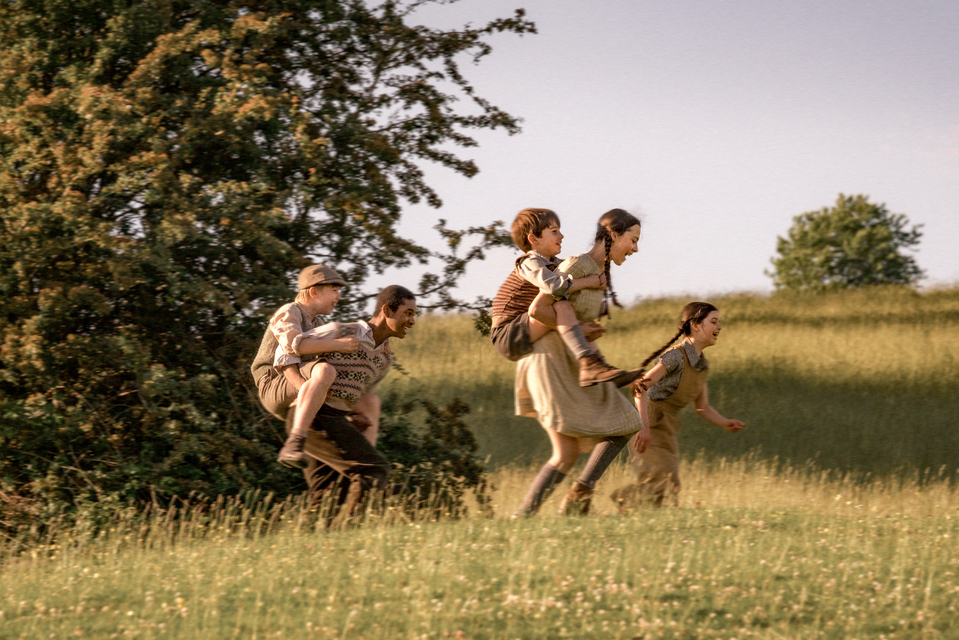 Do you still go and visit some of the film locations?

Oh my goodness, yes! We go to Haworth practically on a weekly basis, it’s our grand day out! I absolutely adore Haworth, it’s kind of bizarre. I used to live there, on the high street, and over the years people would come and stay with me and we’d go up onto the moors and for picnics… it’s a really special place for me.

Was there a sense of loss when you stopped filming?

I guess filming is always a bit like that. You have this really intense bonding when you’re filming and then you don’t see each other again.

When we wrapped filming, the children were so upset at leaving each other – it felt like a big responsibility to have brought all these children together and then them having to say goodbye to each other. But the families talk to each other all the time, they’re never not going to be in each other’s lives.

I imagine it was a similar experience for the evacuees.

Definitely! Some evacuees actually had such a lovely time that didn’t leave and stayed with the families they were evacuated to. It was better for the children to be in that air. When I was researching for the story, I found that the majority of children had good experiences, although there were also some horrendous cases of course. Getting into the countryside had a very profound effect on those children: for their health, relationships… it’s miraculous it worked at all really. When we were filming in 2021, we were saying “can you imagine this happening now?” And of course, very sadly it is today, with families having to flee from Ukraine. It’s suddenly become very relevant and contemporary. The film’s story speaks to people’s resilience and also that there is hope at some point. 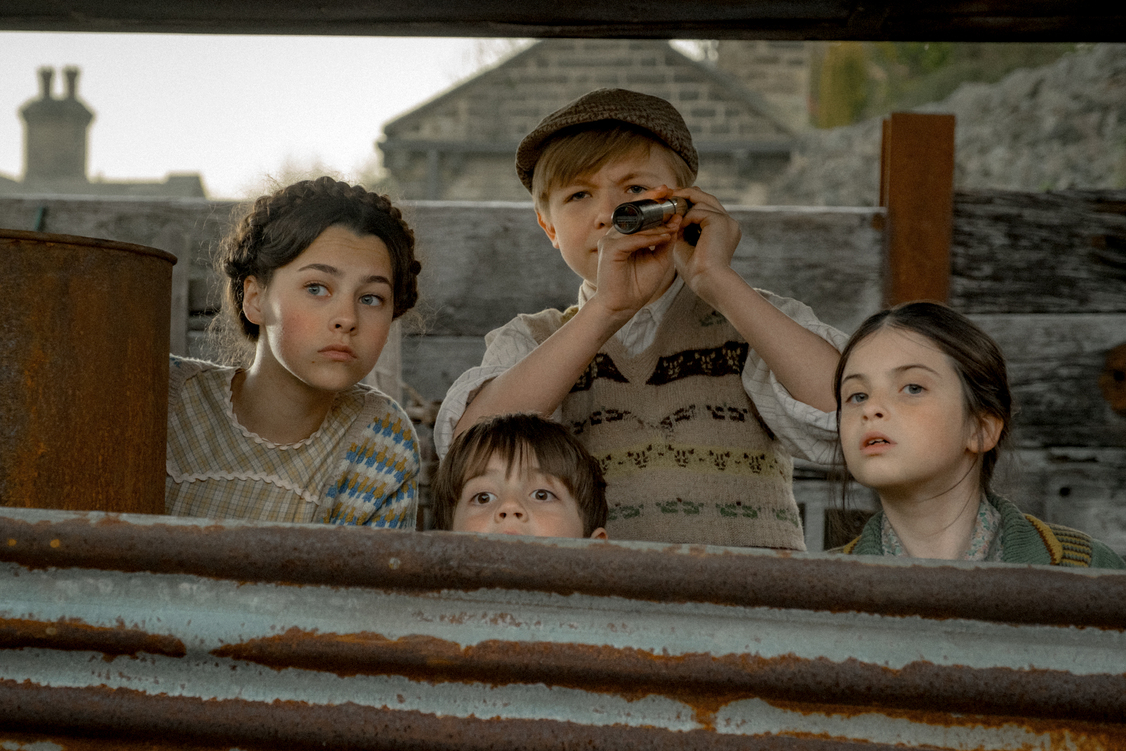 Do you have any behind the scenes stories to share?

I think it will surprise people further down the line how good Beau’s accent is. She’s incredibly talented and as a natural southerner worked very hard on getting it right. KJ and Eden are fabulous singers and they would entertain us onset in between takes with songs from The Lion King. It was amazing! They were gobsmackingly good! There was also a filming challenge which the team did really well with: it was the wettest May in 50 years! It was freezing for about the first four weeks but you can barely tell in the film thanks to our amazing Director of Photography, Kit, it looks like Tuscan sunshine!

If there was one thing you wanted the audience to take away from the film what would it be?

Listen to children. They have a resilience, and they have to deal with terrible things that grown-ups throw at them. They’re not always right but they can have a courage that adults can sometimes learn from. That, and that family is where you find it , through friends, not just through blood. 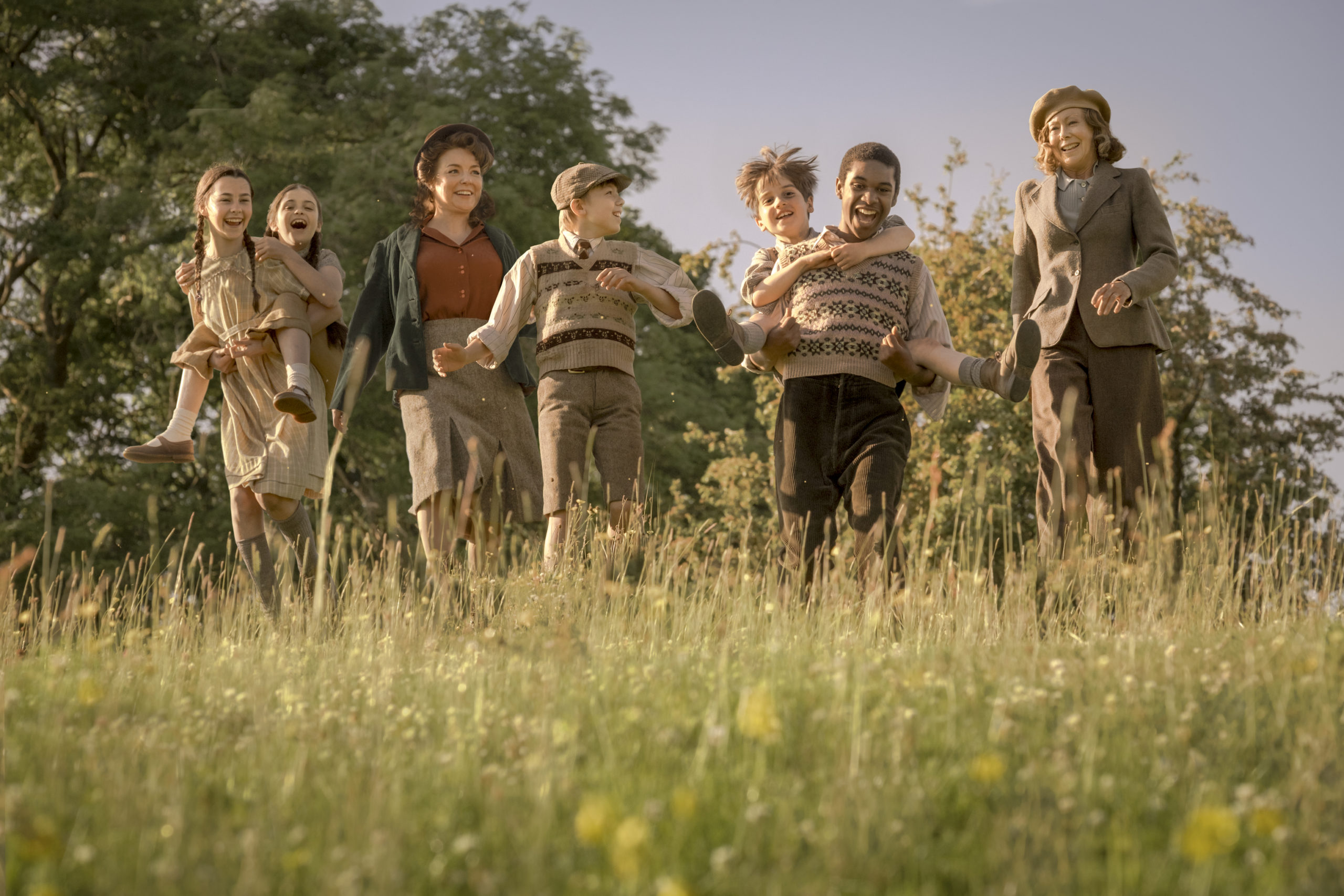 Thank you so much for speaking with us, Jemma! We can’t wait to see the film.

Don’t forget you can enter our competition to win a family break to Yorkshire!*
To enter, simply take a photo of your favourite family adventure, then upload it to www.joules.com/competition or Instagram and use hashtag #joulesfamilyadventure