The Joules Journal / Behind the Scenes of our AW17 Christmas Shoot

Behind the Scenes of our AW17 Christmas Shoot 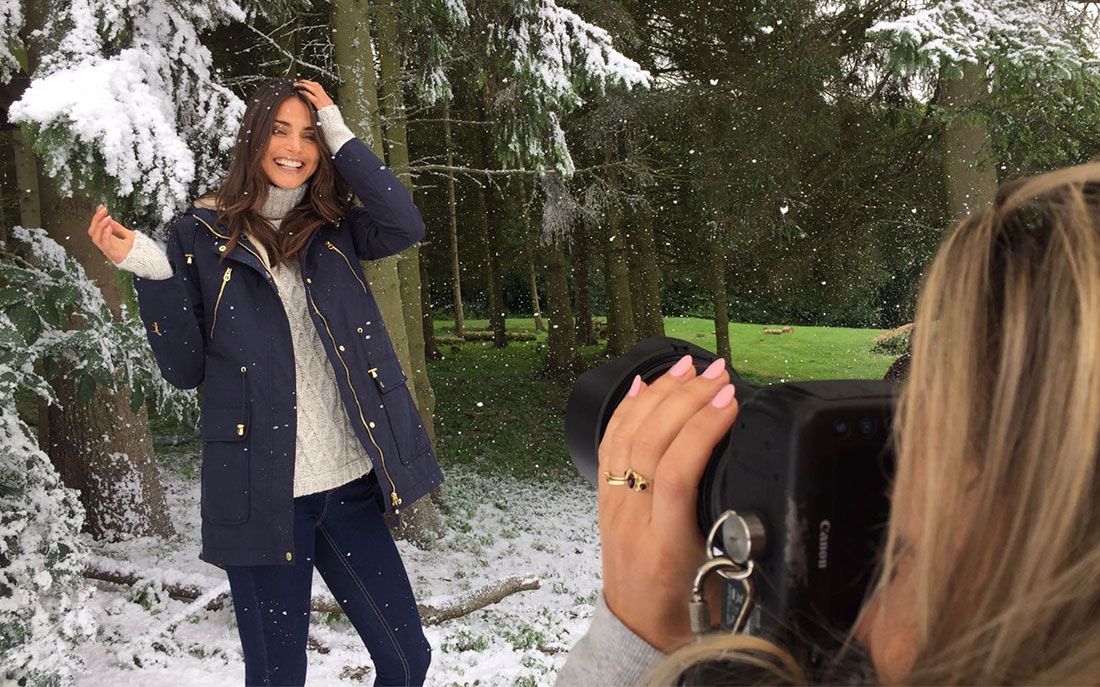 We knew what the centrepiece of our Christmas photo shoot was going to be, what we didn’t know was where we were going to find it. The dates were already in the diary and although for most people around the world Christmas takes place on December 25th, for us it happens (or at least the photo shoot does) at the end of July.

Finding a snowy log cabin was going to be tricky. Argentina? Maybe. Chile? Perhaps? Switzerland? That could work. Being based in Market Harborough we were going to have to travel.

Well, only 6.1 miles from our Head Office thanks to an impromptu bit of location scouting by Suzanne and Katy, members of the creative team at Joules. They were walking through East Carlton Park one evening when they had that lightbulb moment. There was a cabin at the park, it was surrounded by trees and it was on a hill. It was (apart from the lack of snow) perfect.

So a few months and a lot of fake snow later, our winter wonderland was complete. However with it being a typical British summer, we weren’t blessed with clear skies and warm weather – it absolutely chucked it down. Which meant the fake snow kept washing away and shooting was a little trickier than usual. 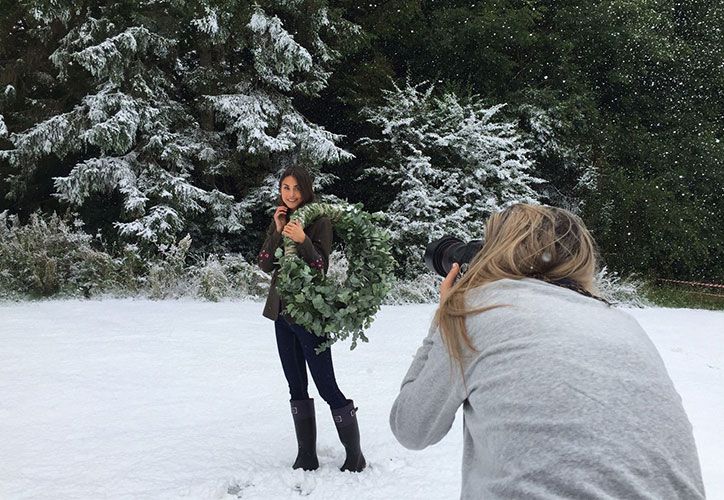 We were also shooting with animals, which can be a challenge in itself. Our four-legged friends were lovely thought, one Pointer and two cats (one for stunts, seriously). They behaved themselves and really added to what was turning into a stunning festive photo shoot.

All the outside shots looked great and everyone enjoyed using the snow machine, but soon it was time to head indoors. However, the inside of the cabin at East Carlton Park wasn’t great. If you’re a beaver, cub or scout (or need a place to conduct talk about owls) it’s a great place. But we needed something a little bigger. 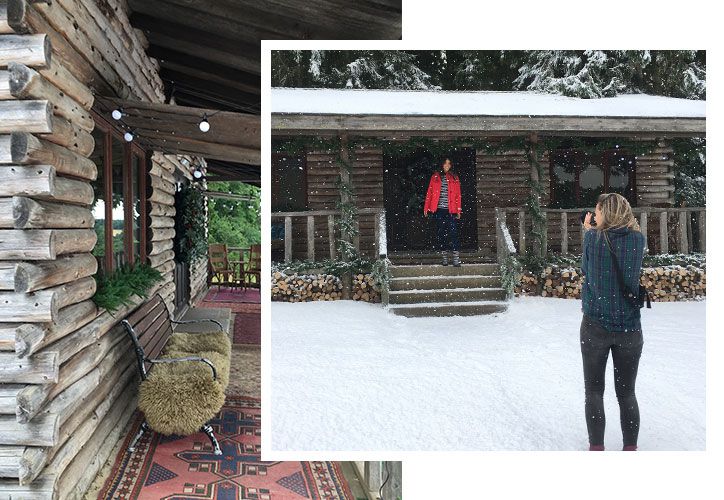 We packed up and headed down to the village of Brookland, Kent where we’d already found the perfect place to shoot the inside of our ‘log cabin’. It was quickly decorated and our photographer got snapping. On several occasions we all got into the swing of things so much, we thought it was actually December.

Our shoot in numbers…

Is anyone else starting to feel just a little bit Christmassy?