The Joules Journal / Behind the Scenes of our Christmas Shoot

Behind the Scenes of our Christmas Shoot

We shot our Windswept and Wonderful autumn collection near Alnwick, Northumberland and we loved it so much that we travelled back again for this year’s Christmas shoot. We’re happy to report that we were met with the same warm and friendly welcome. 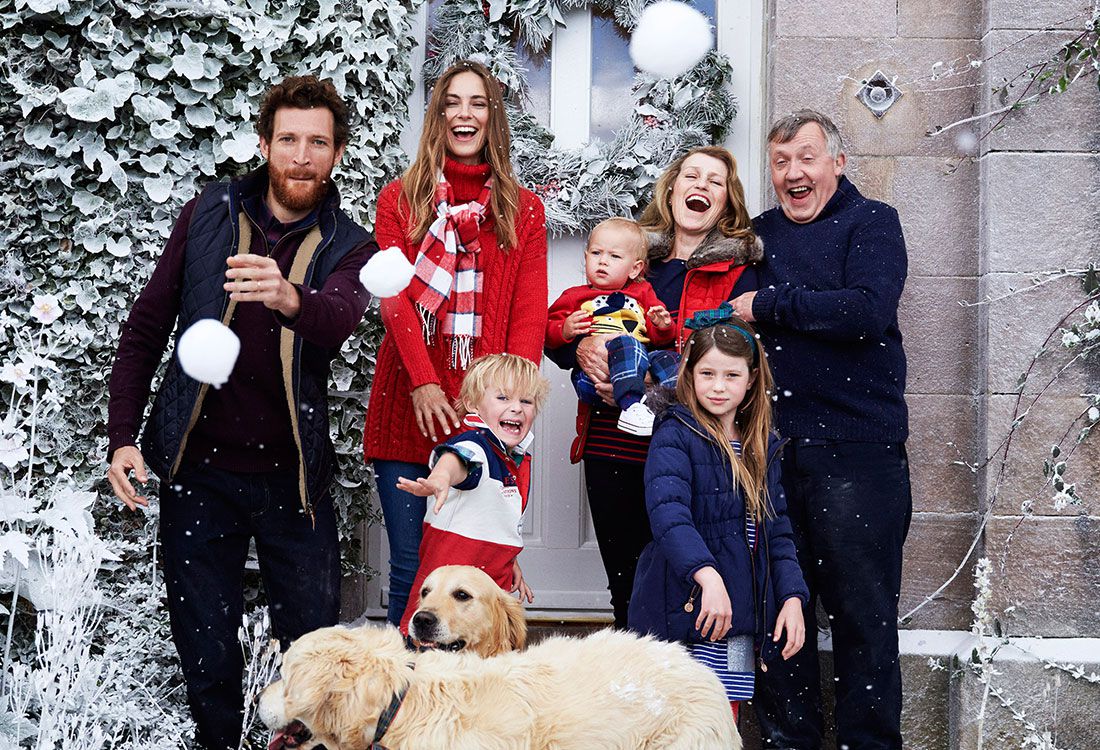 We used the same models as Windswept and Wonderful to keep the story going and made the shoot a true family affair. Our two girl models are sisters, the boys are brothers and they are all family friends and grandchildren of ‘our’ grandmother, who incidentally also lays claim to the dogs, the magnificent white horse and one of the location houses too. An intimate, friendly family affair – which is exactly what our Art Directors and Stylists had in mind.

Forever working far in advance the shoot was not completed on a frosty, crisp morning – as the photographs suggest – but slap bang in the middle of July. As with all our snowy shoots we used the expert services of Snow Business, for our frost and snow effects, it’s fair to say we’re more than a little star struck at their extensive list of film credits, ranging from the Harry Potter series, Skyfall and The Holiday to Star Wars, Love Actually and The Bourne trilogy. Impressive stuff. 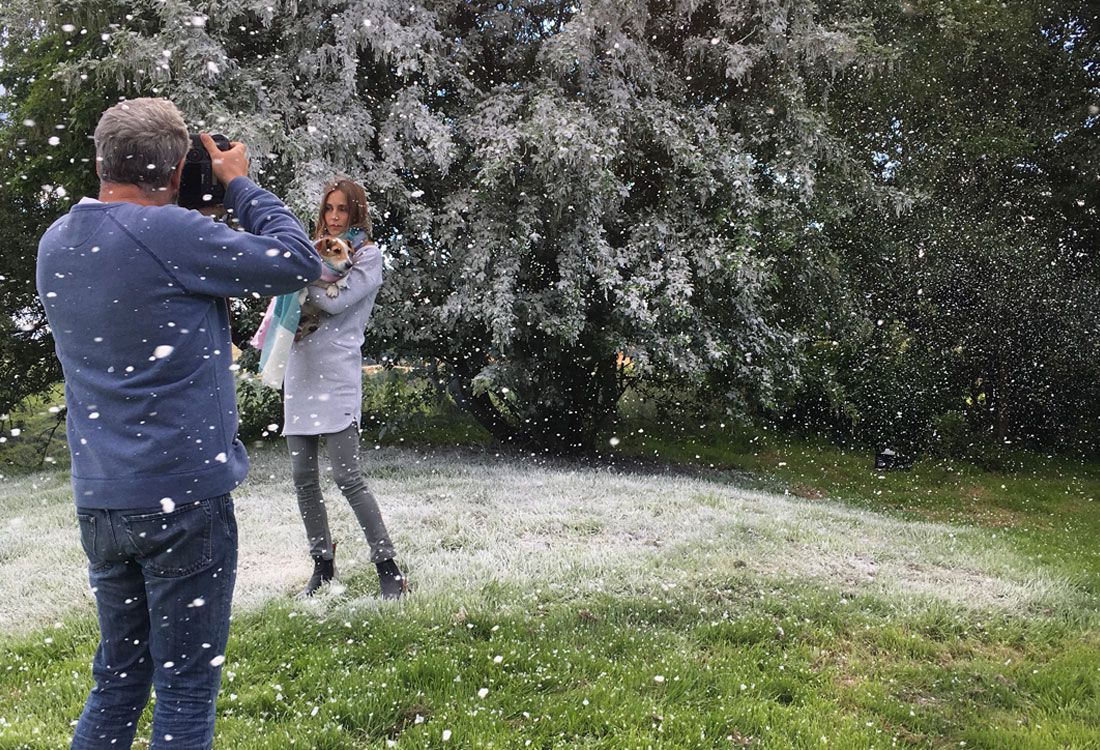 We sourced the Christmas tree locally and we’re happy to report that the food you see in the photographs is real. Yes, our props stylist cooked a full Christmas dinner, including a roast goose, for the shoot, and this was eaten later that evening by the team. Art Director Charlotte ate a “’lot of mince pies, which was rather strange in July’, as the day unfolded too.

Is anyone else starting to feel just a little bit Christmassy?