Behind the Scenes of our latest SS18 photo shoot 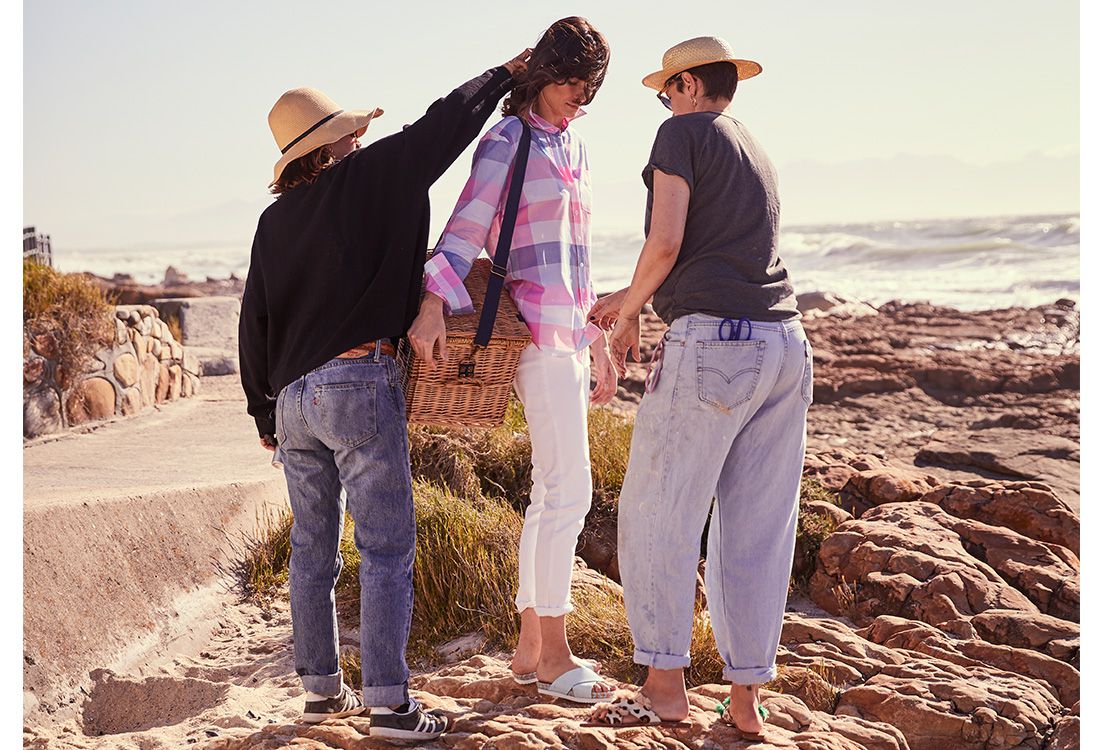 The weather in Britain in February is a tad too cold for showing off bare legs, short sleeves, lightweight dresses and shorts, so the team travelled to warmer climes for this season’s latest photo shoot.

It may not look it in the shots but it was incredibly windy for the whole shoot and unusually cold for that time of year.  The team took light jackets to wear but were really struggling to get warm, luckily our trusty prop stylist Jen had a supply of 1980s puffer jackets in her prop van, which were worn all through the week. Not our team’s usual shoot outfitting. 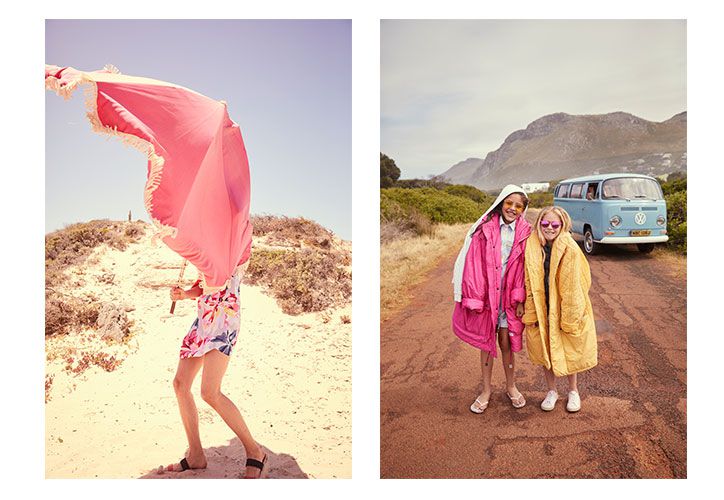 When the team were shooting near the beach a little dog showed up and followed everyone around. He really bonded with the hair and make-up artist who took him to the vets to get checked over and see if anyone was missing him. Nobody came forward to collect the little pooch so she proceeded to adopt him. 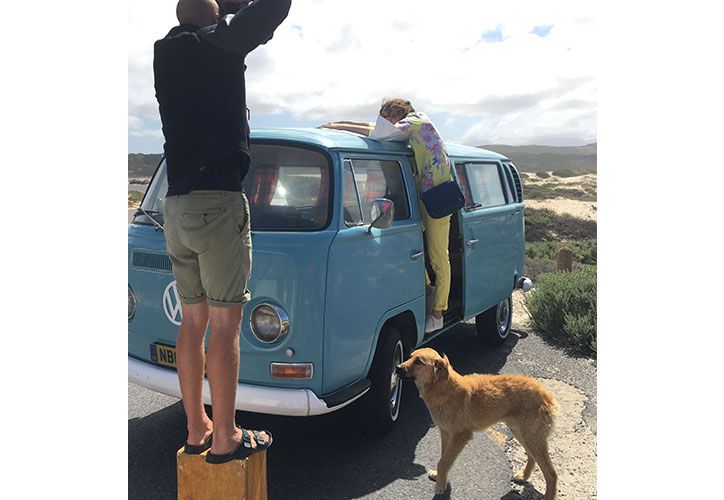 The camper van you can see throughout the campaign was also very useful to get from one location to another, frequently being used to transport the props and kit up and down the road.  It doubled up as a little mobile office too, keeping our art director Charlotte out of the wind to look through the images. 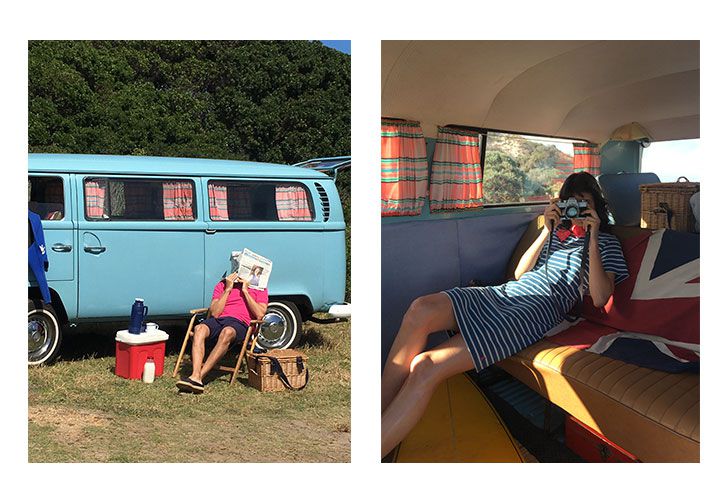 The children that we used on the shoot were fantastic. The older girl and older boy were coincidentally both called ‘Storm’. The younger girl, Allie, was very interested in what our photographer was doing and she had a go at taking some pictures with his camera. It was actually her birthday while she was on the shoot and he went out to get her some little gifts from us all to open on her big day.

Our shoot in numbers…

What’s your favourite thing about Spring?