To celebrate the launch of the highly-anticipated Peter Rabbit™ movie we’ve created a special collection of easy-to-wear clothes for your very own little rascals. Rough and tumble ready and perfect for little ones up to all kinds of mischief. Take a look for yourself here.

With the official release date of the movie being 16th March we predict the world is all set to go a little bit Peter Rabbit mad. With that in mind we’ve gathered some ideas for your very own Peter Rabbit themed party.

Hop to it! Your little bunnies will be very glad that you did.

Make lots of triangular carrot shaped orange cards and write numbers 1 – 15 on the back. These numbers will correspond to a prize! If the weather is looking good, hide your carrots around the garden but if the famous British weather is unfavourable hide them around the house. Now you’re ready for the Peter Rabbit treasure hunt to begin. Ask the children to try and find as many carrots as they can.  When they’ve all been found let everyone trade them in for prizes.

2. Pin the tail on the bunny

Similar to the well-known game, Pin the Tail on the Donkey and guaranteed to raise some giggles from little ones. Draw the outline of Peter Rabbit on a piece of A3 paper. Stick some double-sided sticky tape to some cotton wool and voila – you’re all set to get pinning. You’ll need a blindfold or scarf and a marker too. Use the marker to put the child’s initials onto the paper so you know whose tail is whose. The closest to Peter’s actual tail wins.

Collect a range of vegetables from your local supermarket or your own veg basket and create your own ’farmer’s garden’ in a designated area outdoors. If the weather’s bad choose a suitable spot indoors. All the little ones are bunnies and have their own baskets. To play the game they’ll need to collect one of each vegetable and place it in their basket. Mums and dads can act as farmers, guarding the garden and even stealing the bunny’s veg. If the farmers tag any of the bunnies, they lose one of their vegetables. After 10 minutes, the bunny with the most veg wins! 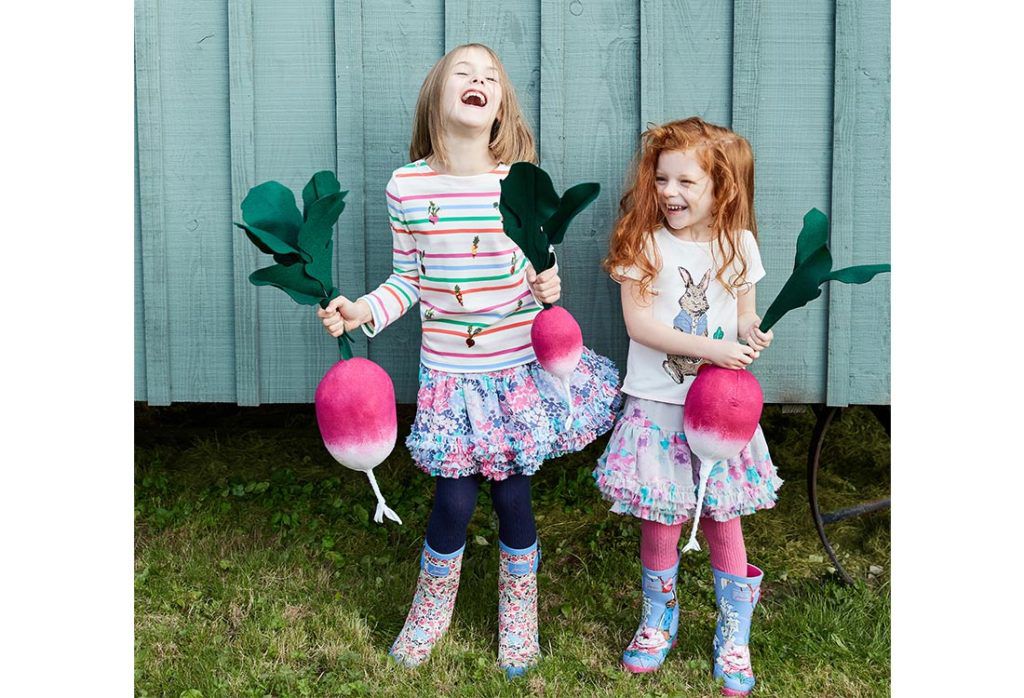 Get the little ones together in a line in the garden and let the race begin. Mark out a finish line with rope or even vegetables. The kids must bunny hop to the finish line, the first one over the line wins. To add to the effect, the little ones could wear bunny ears. This would also be a great game for the grown-ups. It’s harder than it looks!

5. Make your own Peter Rabbit Burrow

Put a spin on the childhood favourite of making a fort and make a burrow instead. Divide the little ones into two teams of bunnies, and get them to make their own secret burrow around the house or in the garden. Drape a blanket over some chairs or even a blanket over your garden table. Get creative with props and they’ll be entertained for hours.

Which game will you be playing with your little ones?