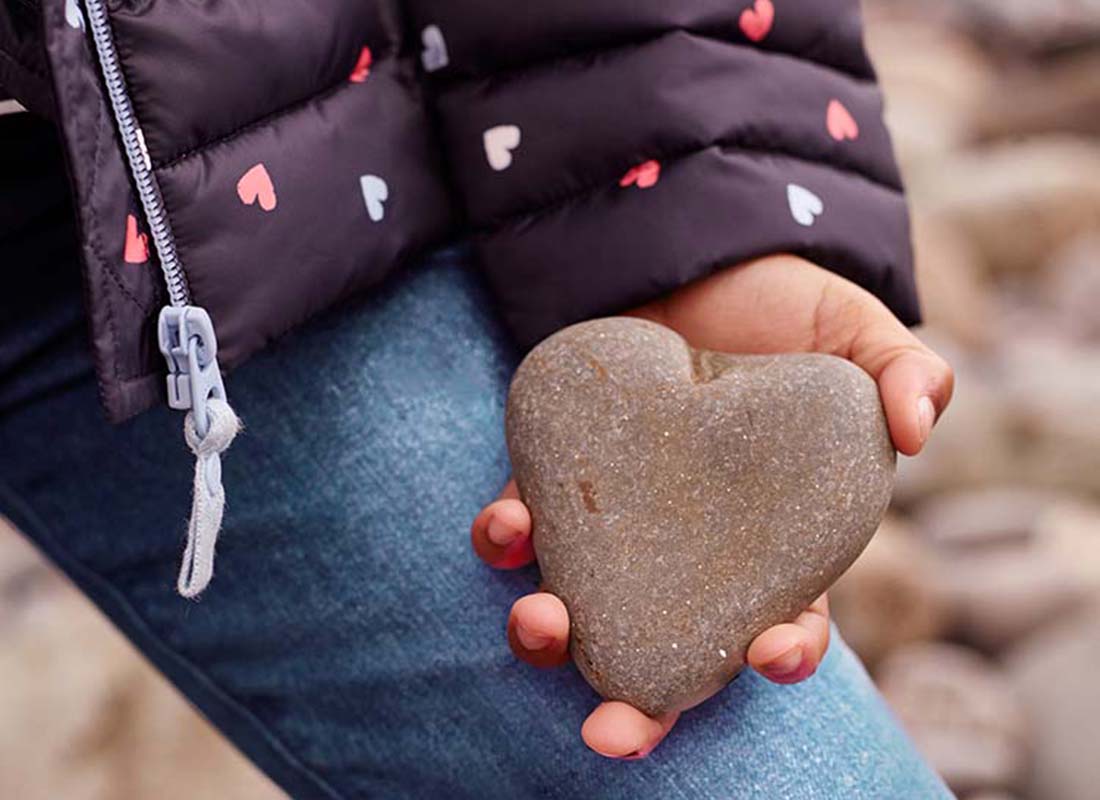 Inspiration can come from the strangest of places – for our cheery new heart print that adorns our latest collection for women and girls, the idea came from a single cobblestone along a pathway at St Michael’s Mount, a seemingly magical island off the coast of Cornwall. Why this particular stone? Well, this wasn’t just any old pebble — this one had an epic legend behind it, that captured our imaginations, and captured our hearts…

While exploring the Cornish coast in search of inspiration for our latest collection, we heard a tale of a hero that saved St Michael’s Mount — a small tidal island located in Mount’s Bay, and is linked to the town of Marazion by a man-made causeway that can only be crossed between mid-tide and low water.

We took a boat trip to the scenic spot – a wonderful way to appreciate the vista presented by the medieval church and castle. After a charming walk along cobbled streets up to the castle we were able to enjoy the unique coastal garden. Exotic flora mingles with British staples thanks to an unusual microclimate. We spent a long time watching bumblebees playing among the plants and taking in the spectacular views from the turrets.

It was here we were told the story of Jack the Giant Killer, and his cobblestone heart. 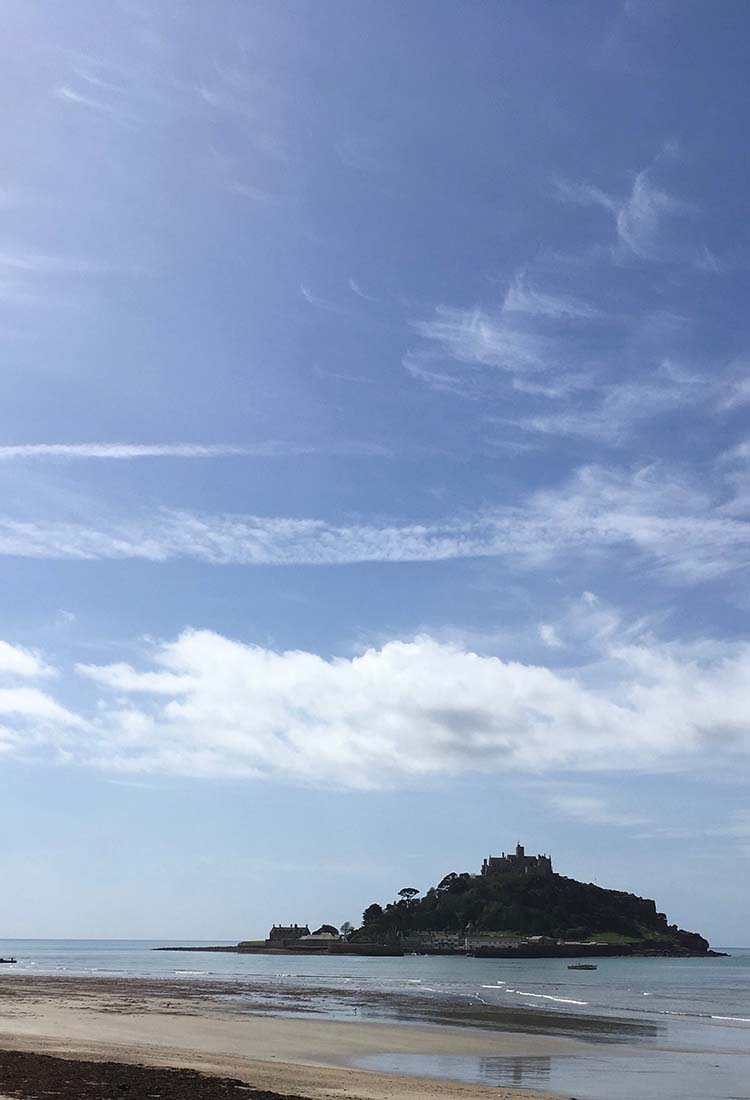 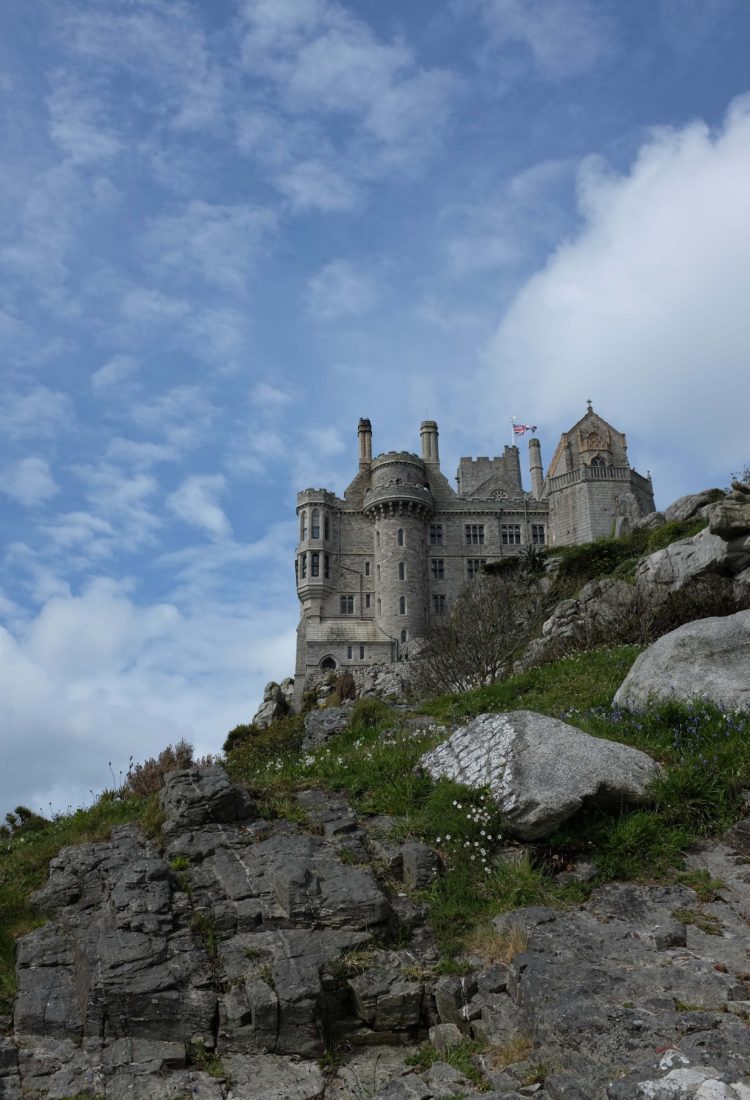 The giant was called Cormoran, a gruesome beast who terrorised the land. Cormoran made the Mount his home, and he would wade ashore to snatch livestock from local farms when he was hungry.

Only Jack, a young lad from Marazion – the town peering back at the Mount from the mainland – was brave enough to rid the town of the giant. One moonlit night, he made his way across the cobbled causeway to lay a trap. Jack dug a deep pit halfway up one side of the island. Jack waited and then, as the sun began to rise, he blew his horn to wake the giant from his slumber.

Startled, the giant came running down the side of the Mount but could not see the hole as the sun was in his eyes and, fell into it. Jack then filled the hole in. Jack became a local hero, and from then on was known as Jack the Giant Killer. 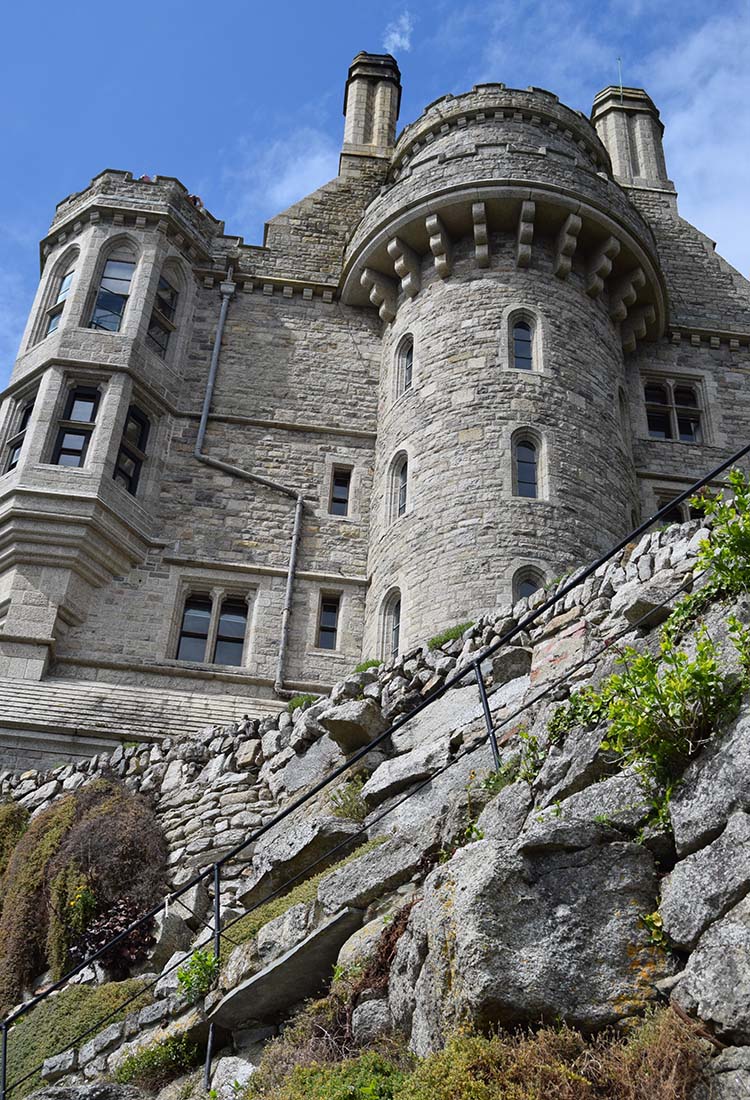 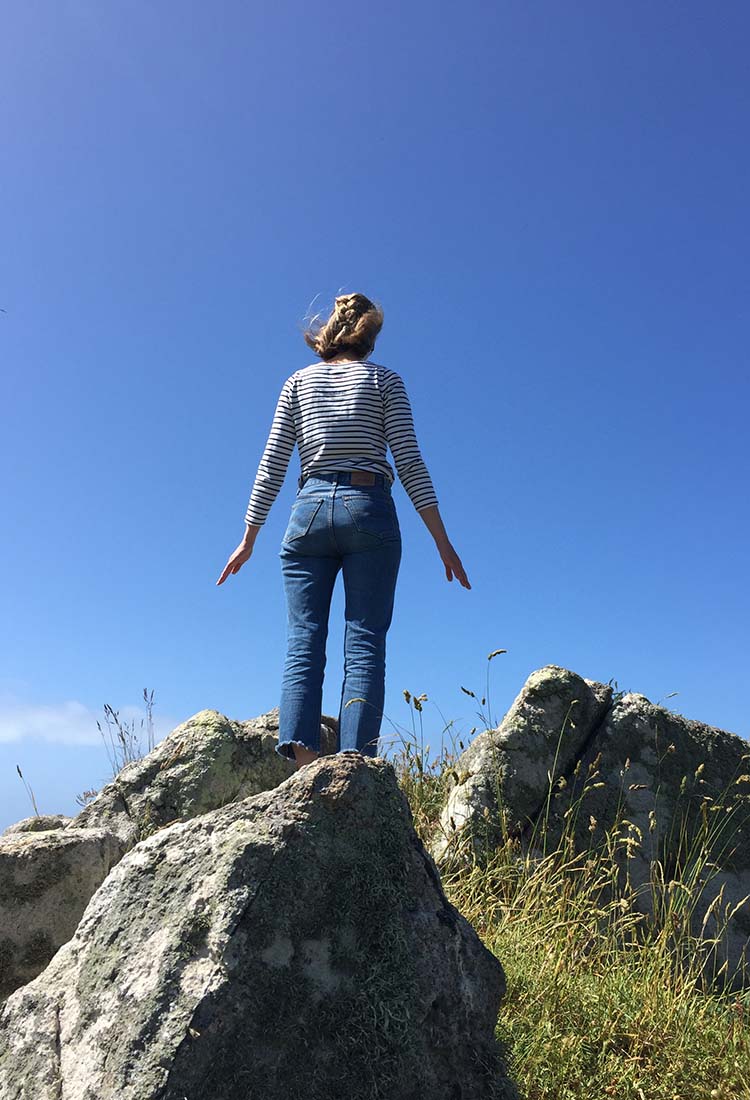 We were told that if we walked up to the castle, we’d come across a heart-shaped stone on the pathway – the Giant’s Heart. Locals believe that if you stand on the heart shaped stone you can still hear the giant’s heartbeat.

After a brief search we saw it – nestled in between a few larger stones. It was somewhat of a magnet for tourists and a small group quickly surrounded the heart-shaped stone.

Luckily for us, we had our own adventurer with us, Sophie the Giant Heart Drawer. Armed with charcoal and piece of paper, she heroically made her way through the hordes of people. We thought she’d disappeared. Minutes later Sophie reappeared, victoriously clutching a piece of paper containing a rubbing of the Giant’s Heart.

And so, that charcoal rubbing that Sophie made on a chilly Cornish afternoon was transformed into our latest print, just in time for Valentine’s Day. A simple heart, with a legendary story behind it. Made with love, by Joules.

If you want to wear your heart on your sleeve (or all over you for that matter), you’ll see our Giant’s Heart print adorning our latest collection, with styles for you and the little ones too! 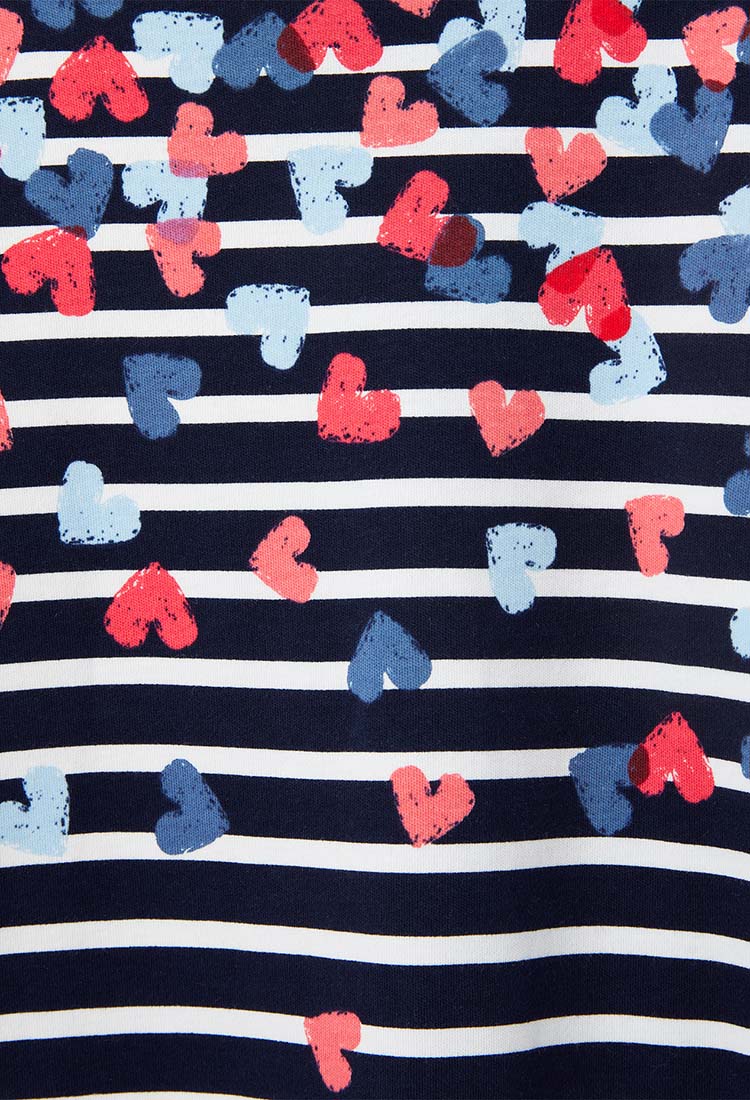 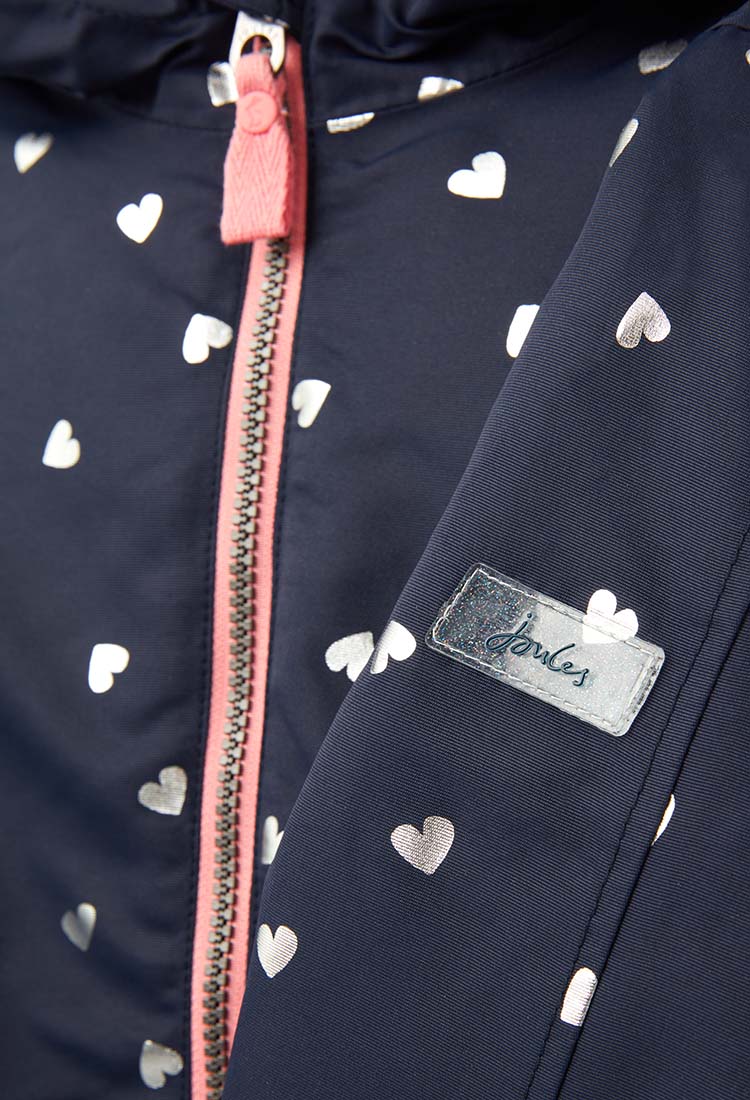 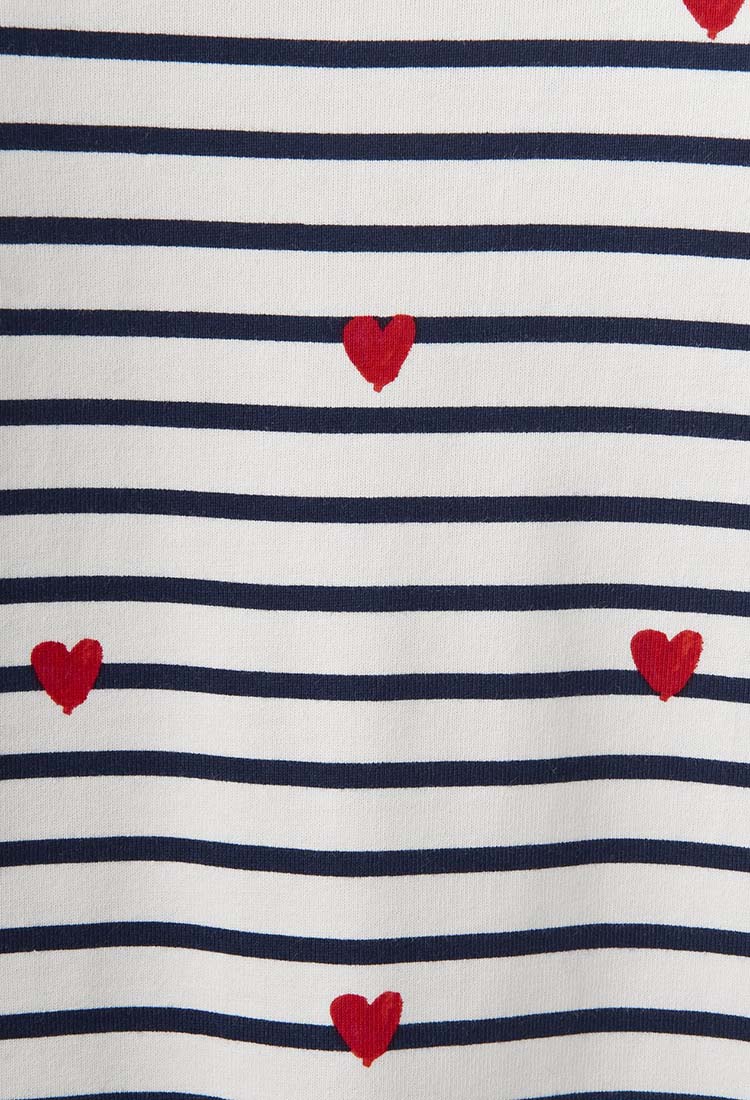