The Joules Journal / The beach and the seaside: how we captured the coast in our summer collection

The beach and the seaside: how we captured the coast in our summer collection 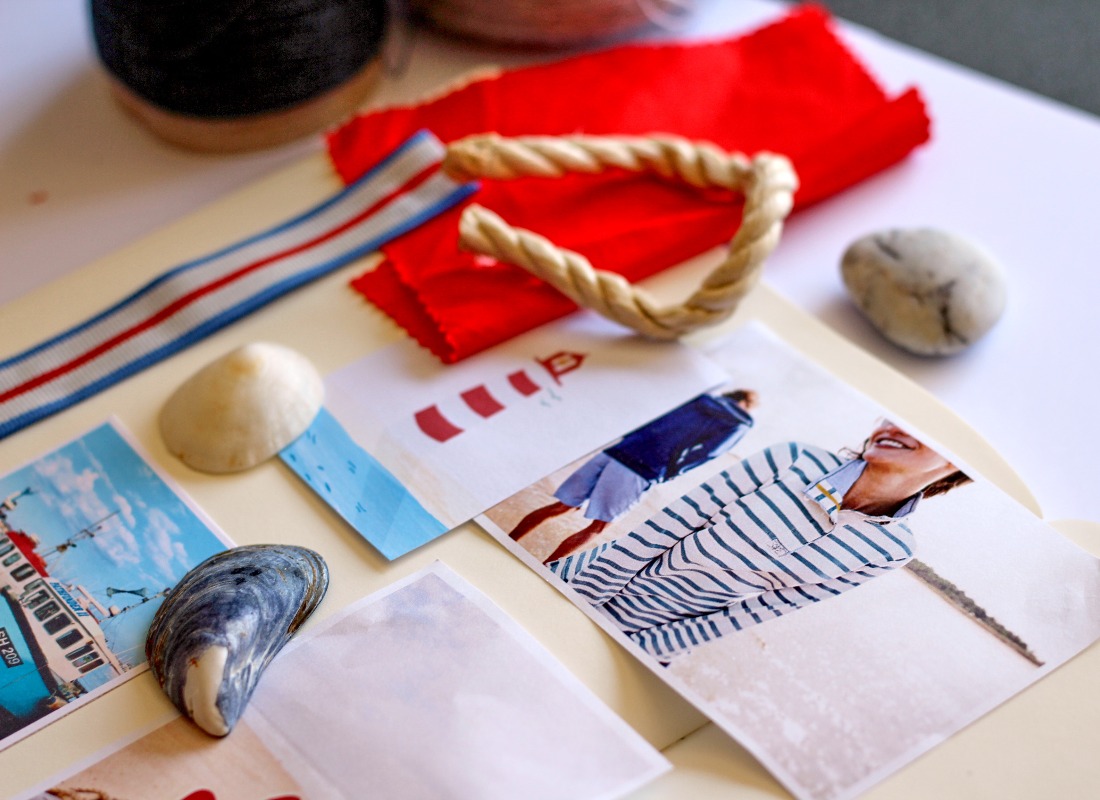 At Joules, our collections are proudly inspired by the grace and beauty of the UK’s landscapes from countryside to coast. This past year, we’ve been rather missing the seaside – hooray for staycations being back in the diary! – so you can bet your boots (or flip flops) that we’ve woven our much-loved coastline into every inch and buckle of our new collection.

Follow us for a meander down the beach – and a stop at the ice cream van too of course.

What caught our imaginations?

Is there anything more colourful than a town by the sea? Row upon row of pastel houses. Colourful deckchairs stacked against the pier. Post-picnic ice creams. Heading home with a stick of rock to commemorate the day… These are just some of the seaside memories that inspired our collection. 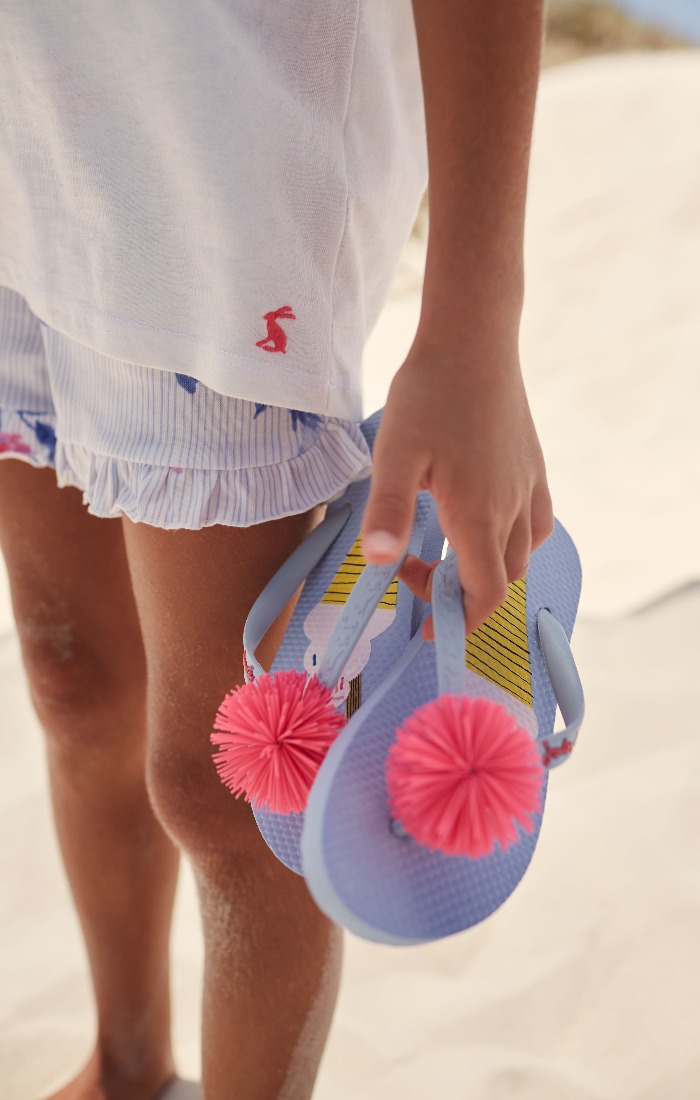 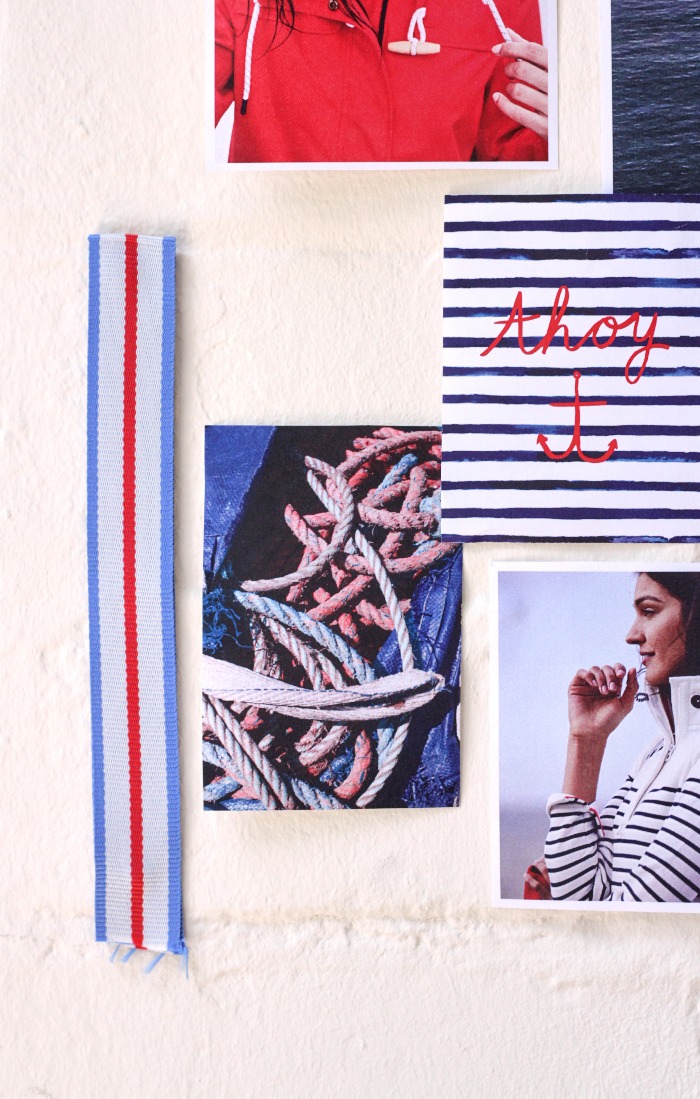 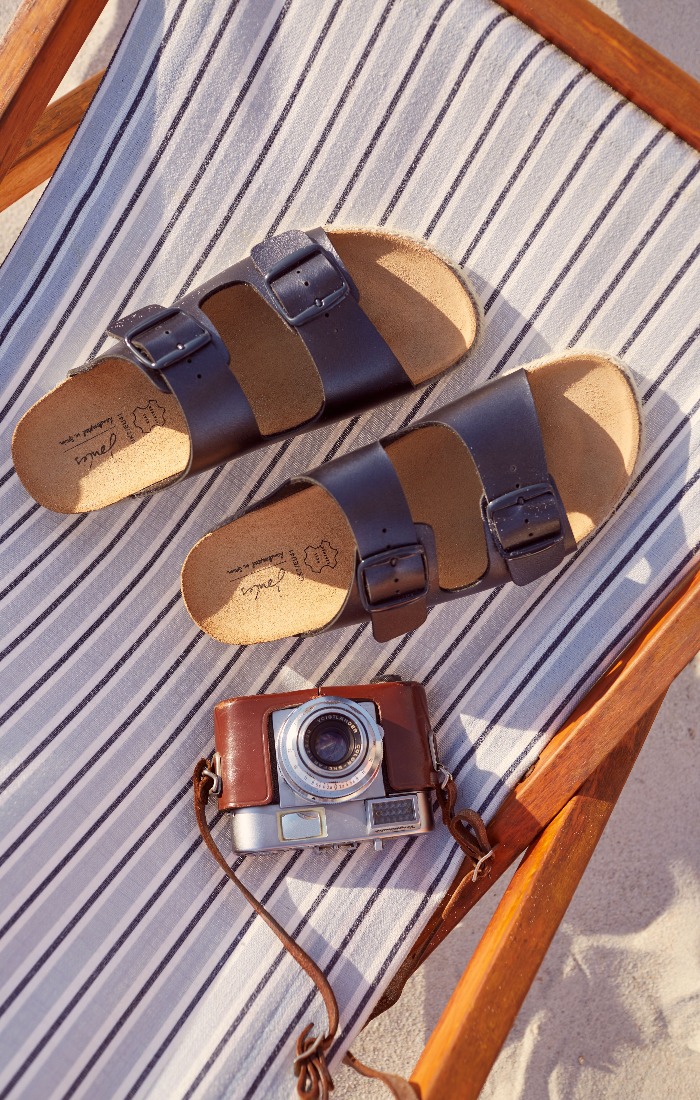 How did we use this inspiration to develop our print designs?

We spend hours exploring the coast and one thing in particular that we love to spot (besides the ice cream van) is colourful blooms popping up on clifftops and the abundance of flowerpots that line shorefront gardens. The sun-bleached colours inspired a subtle palette that’s both fresh and familiar as their pastel pinks, yellows and blues have been brought together to create our new ditsy floral print – simply lovely for any seaside outing. 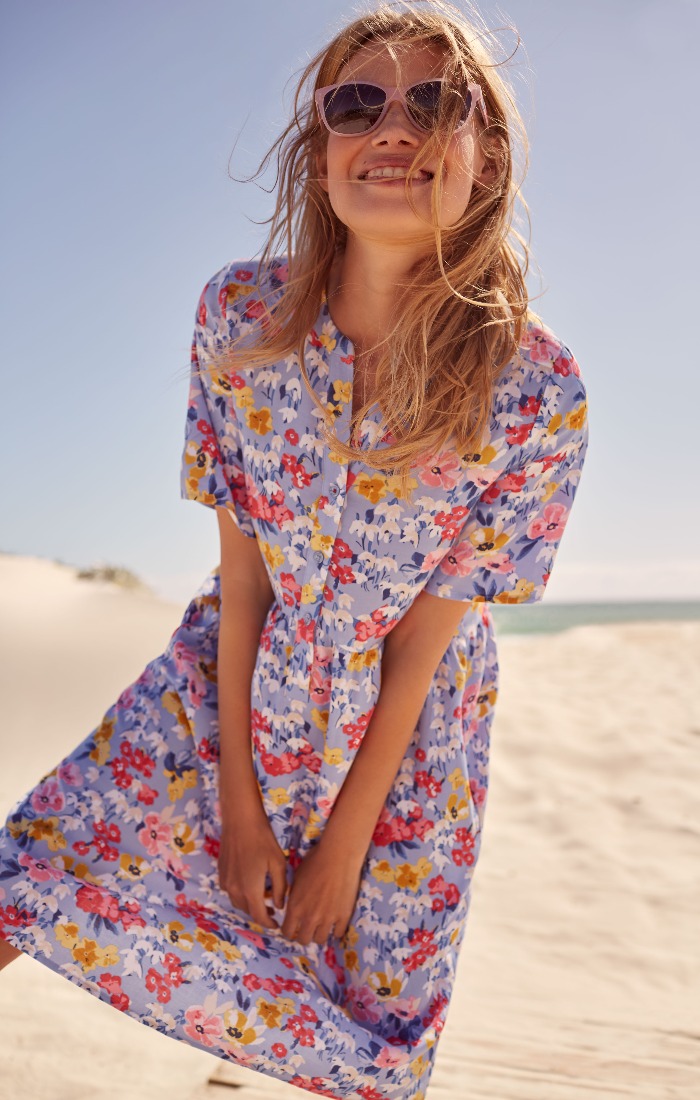 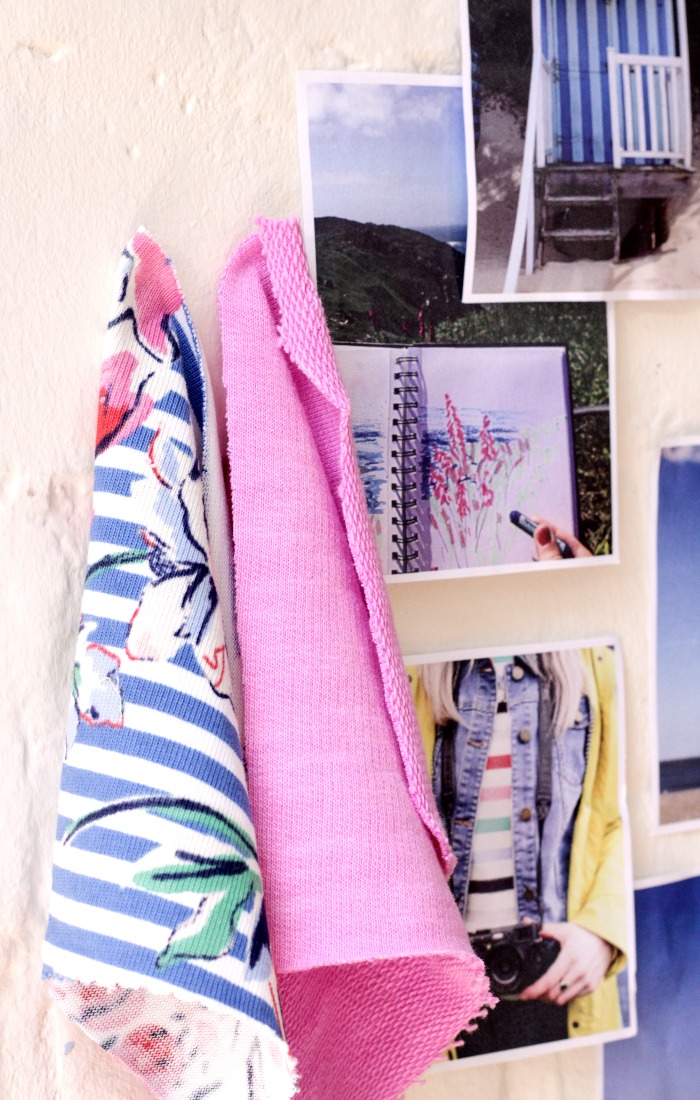 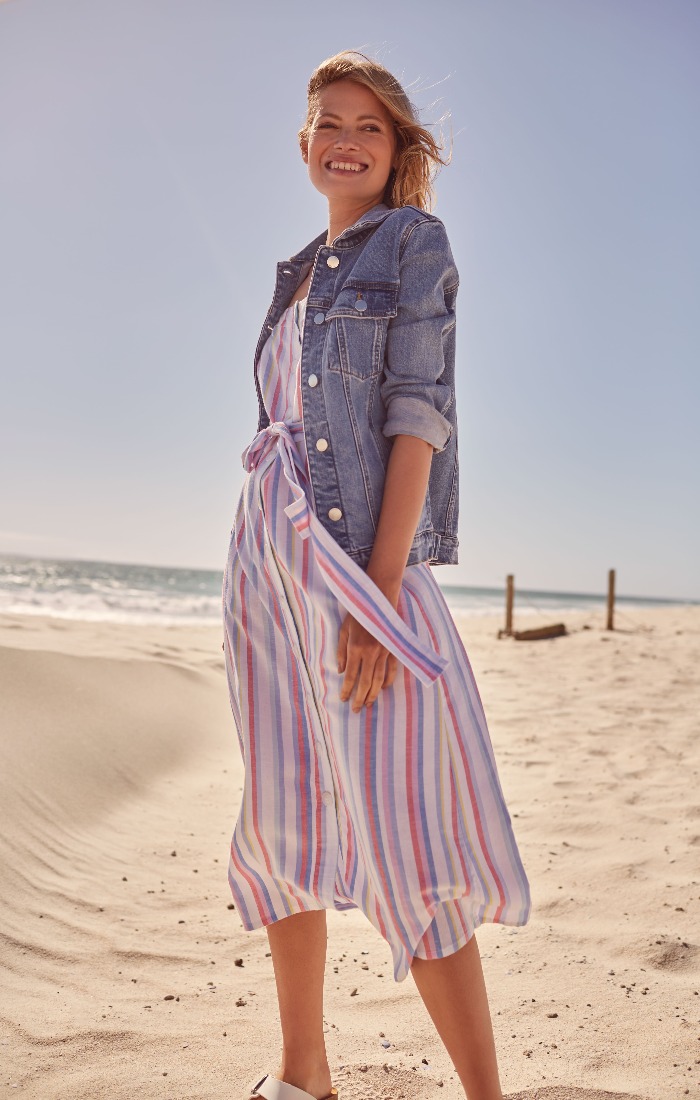 But flowerpots aren’t the only thing to inspire this collection, after all, does it get any more nautical than a good old-fashioned set of stripes? A lighthouse here, a deckchair there – we’ve pinched a little sea-spiration to refresh our much-loved harbours, sweats and sandals with a little taste of the sea. 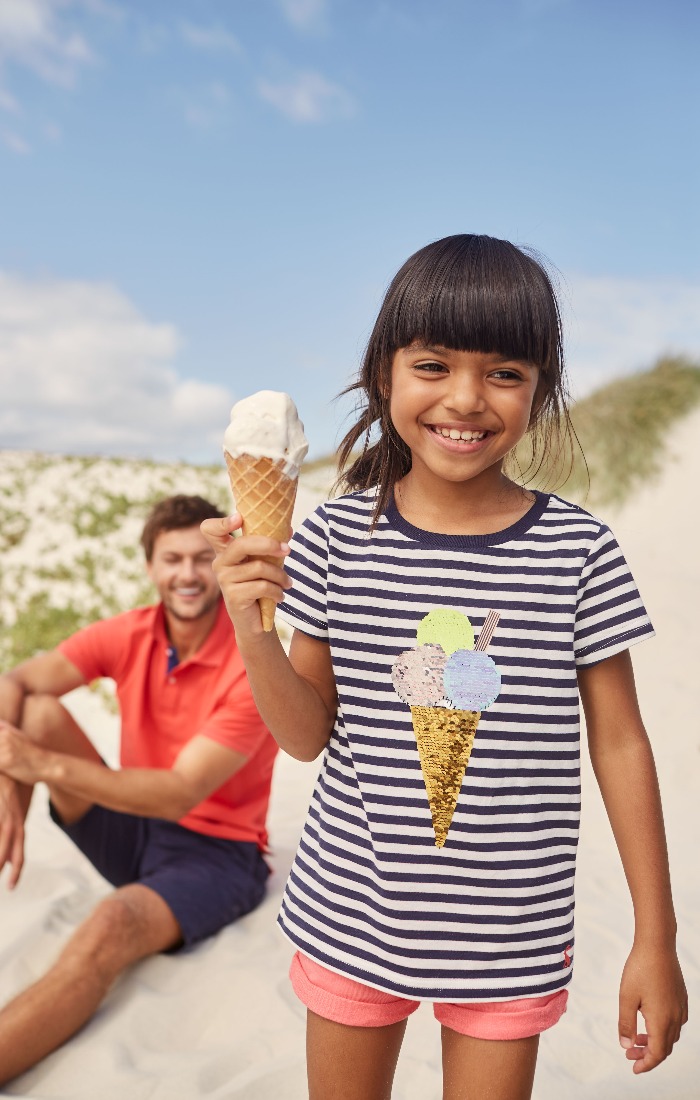 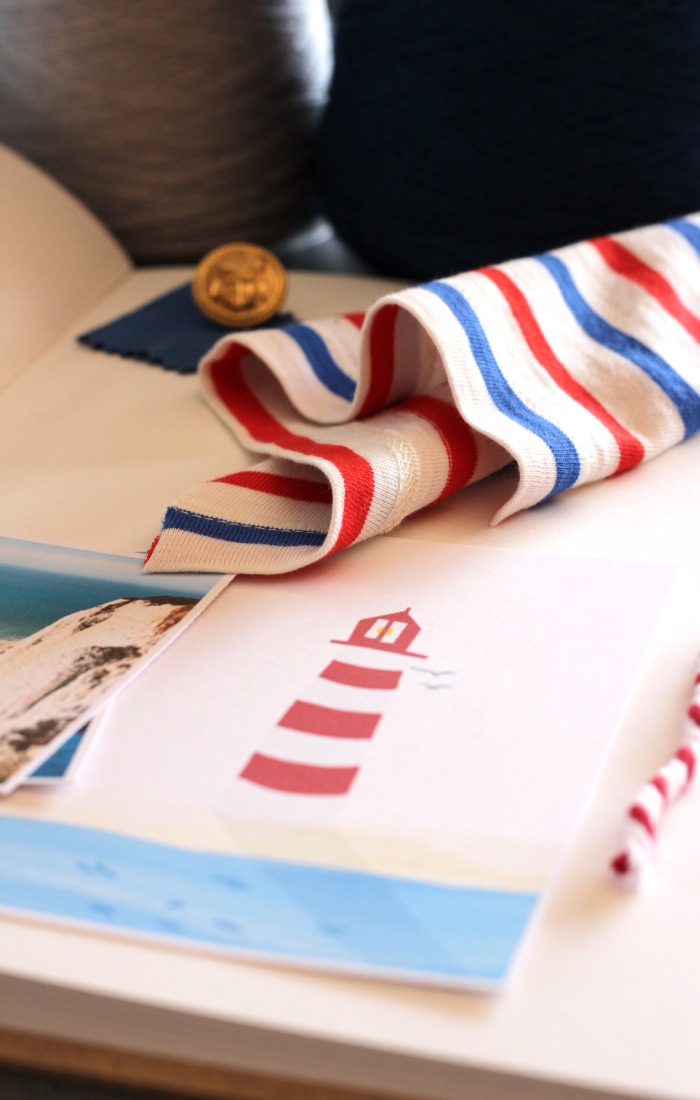 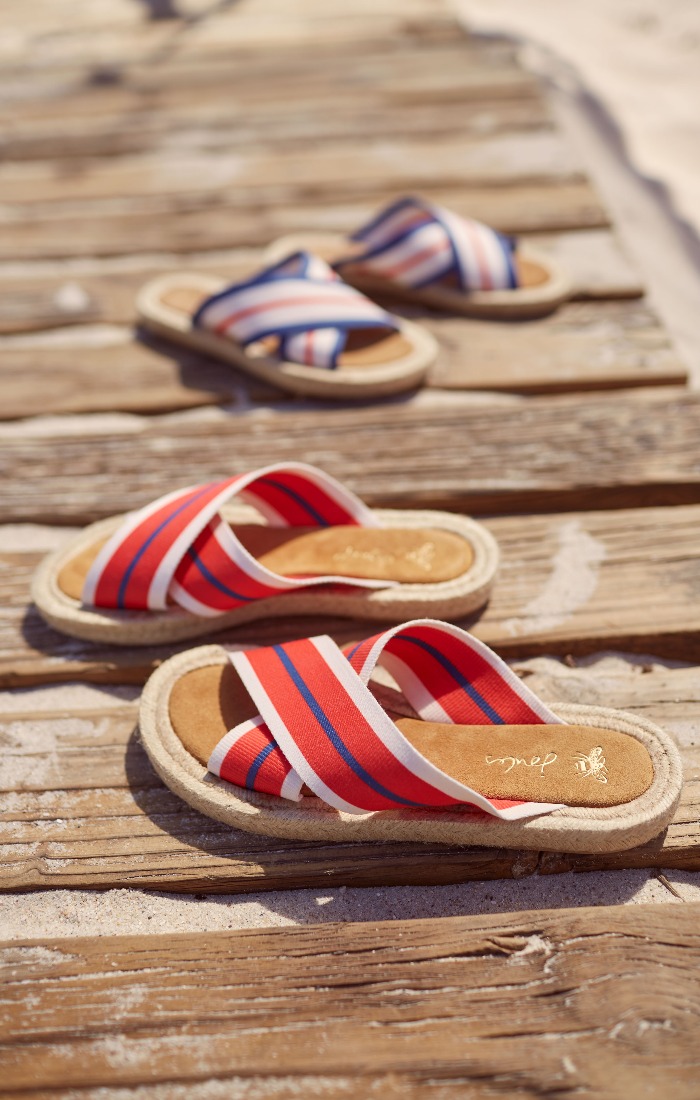 You might have spotted a few weird and wonderful water-loving creatures amongst our collection. It would be rude not to introduce them so we’ve put together a few little facts about them…

The smallest shark in the world is about as big as your hand, and the biggest can grow up to 12 meters long.

The basking shark weighs about the same as a British double decker bus!

A group of crabs is called a “cast” – like the cast of a play. We imagine those tickets would be snapped up pretty quickly…

Crabs can walk in any direction, but when they need to move quickly they move sideways.

Two species of seahorse can be found in coastal waters off the UK and Ireland – the Spiny Seahorse and the Short Snouted Seahorse.

Seahorses propel themselves by using a small fin on their back that flutters up to 35 times per second! 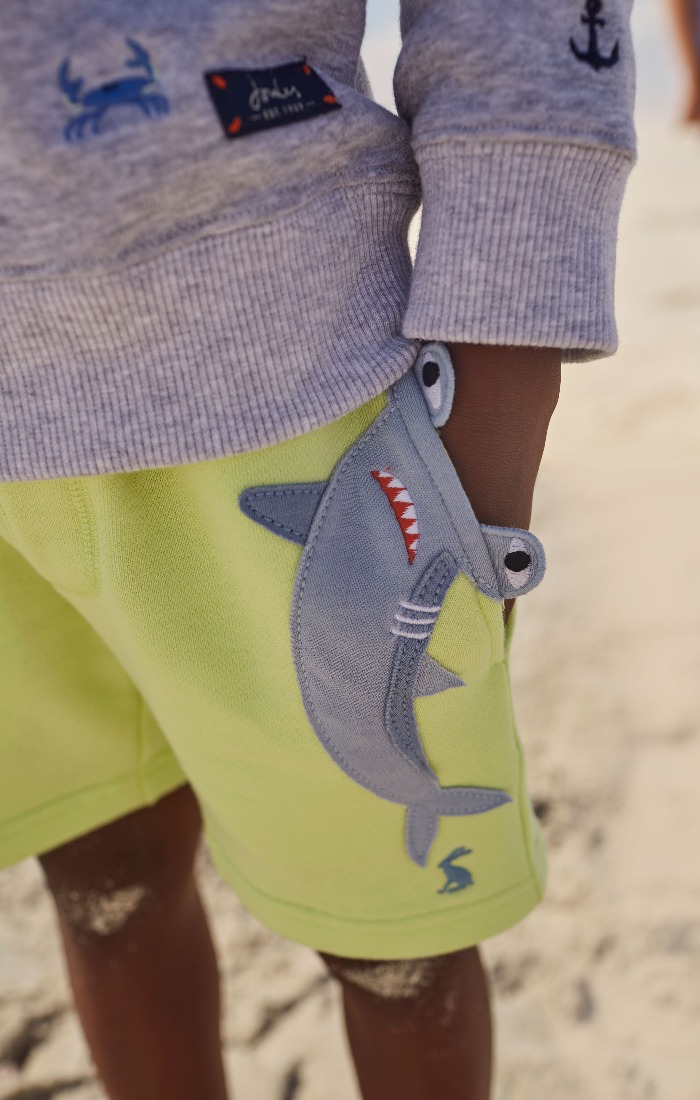 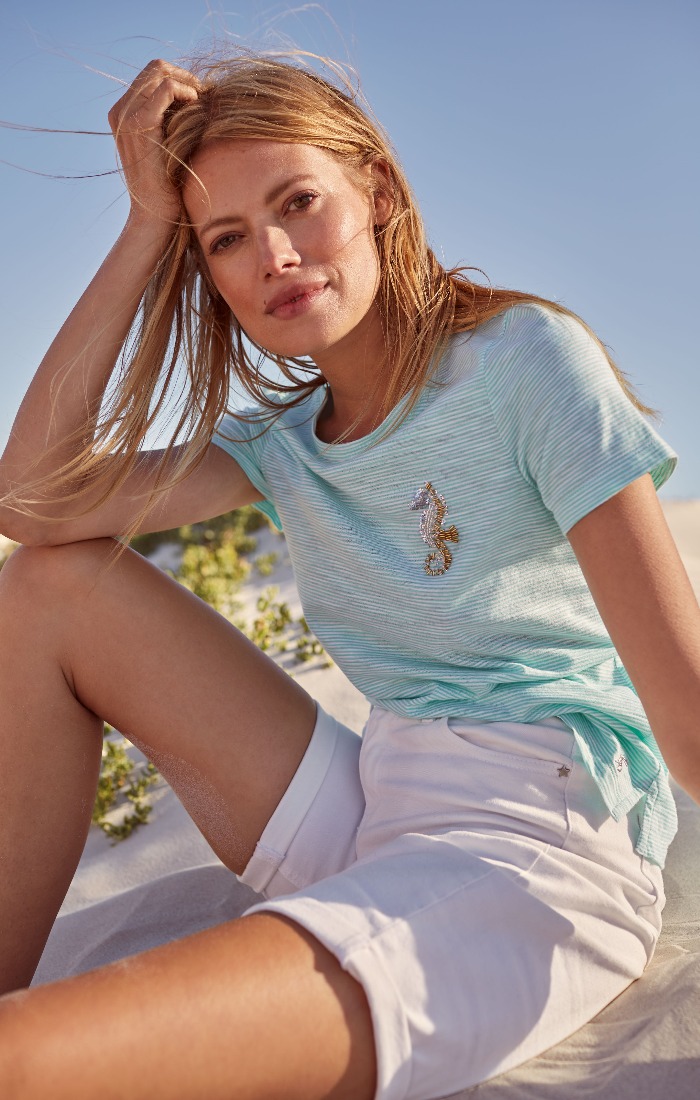 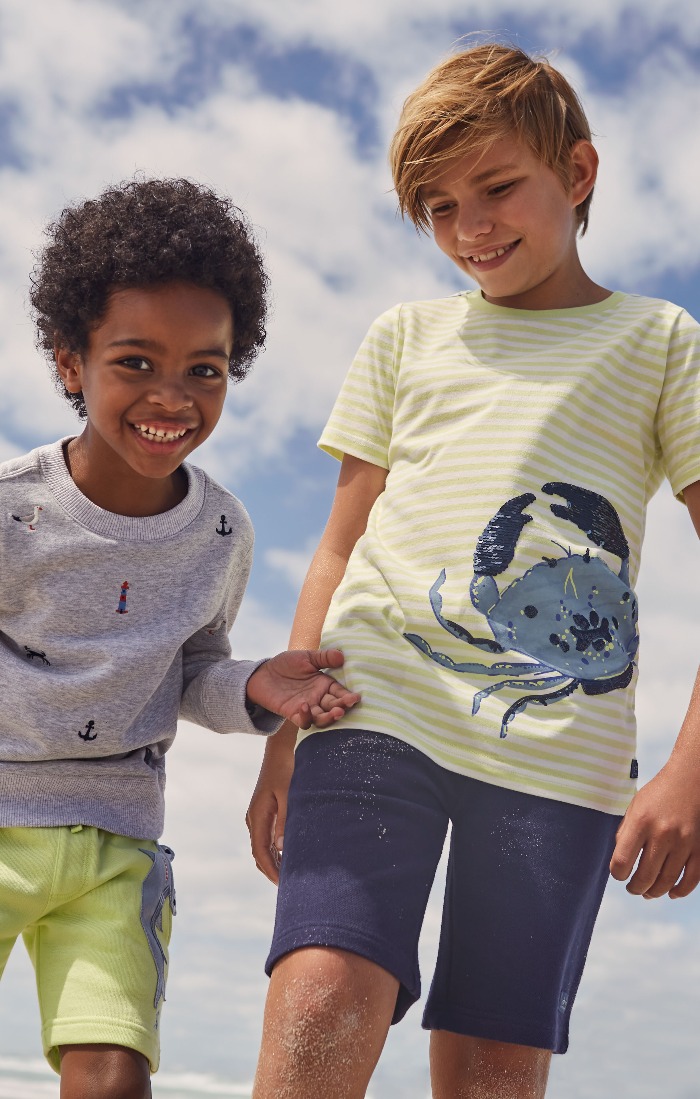