The Joules Journal / The World Of Country Shows, with The Simple Things

The World of Country Shows, With The Simple Things 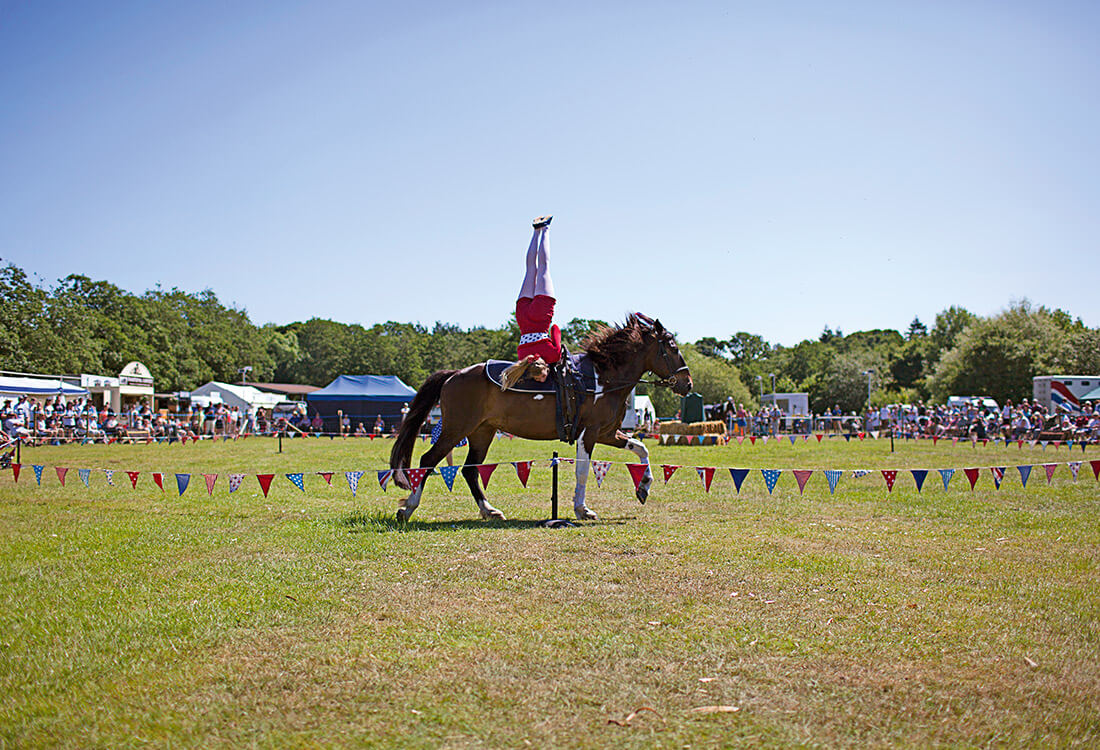 The story began 30 years ago, when Tom Joule started selling clothing at country shows. To visit a country show is to delve deep into our national heritage and experience a day out like no other. From animal acrobatics to vegetable carving, there’s something for everyone. Read on to learn what to expect and where you can find Joules acres the UK this year. 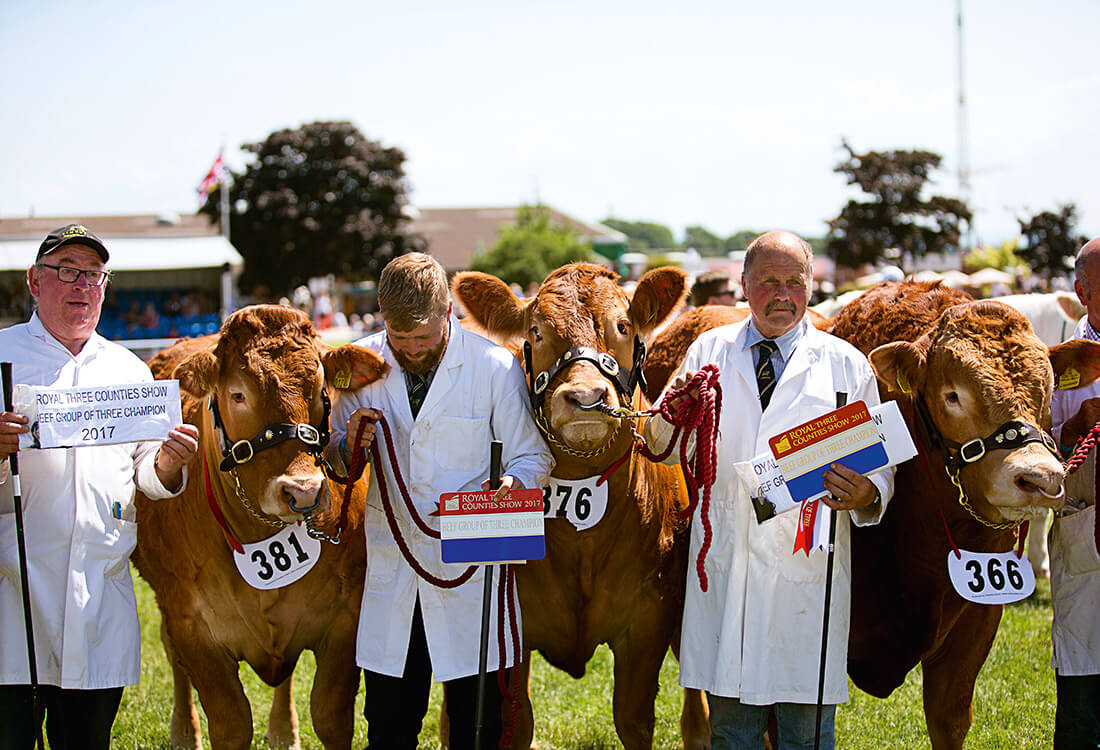 Around 96,000 attend a country show each year, stretching the length and breadth of the country from spring through to autumn. Many are countryside aficionados, people who know their British Saddlebacks from their Berkshires, keenly congregating for talks such as Why Alpacas? and Poultry Chat.

For more, however, the staggering volume of pedigree livestock is simply another spectacle to rank alongside hot air balloons, ‘extreme falconry’, glorious farm produce and men racing up vertiginous tree trunks on axe handles.

Take for instance, the Malverns Show. At 8am (they start early), immaculately groomed horses and riders warm up for everything from show jumping to dray displays. Like, really warm up. The temperature is in the 30 and they’ve barely even started. Concessions are strict. “You may take off jackets and compete in shirt sleeves,” says a sergeant major-is voice over the Tannoy, “but shirts must cover shoulders and arms to the elbow.”

Close by, beautifully brushed donkeys with smiling eyes are surveyed by stern-faced judges. “What are they looking for?” I whisper to an owner. “Movement, type, confirmation,” What’s conformation? “That they have legs on all four corners.”

Expertise abounds. There is nothing Reg Marshall can’t tell you about carved walking stick handles. A lamb’s horn, for example, requires repeated heating and cooling to bend it into shape: “If you try doping it in one go, the pressure cracks it.” Recently, Reg met a chap down Exeter way who struggled to accept third place for his wild boar’s head. “I said, ‘The carving is absolutely beautiful, but this bit will rough your finger when you walk. If you’d put it an inch forward, you’d have had first.’ I always say I judge the stick, not the man.”

While not every county show has free falling parachutists, Reg’s ancient graft and twinkling presence is a reminder that, at its core, the Three Counties Show is like any of the other 150-plus county fairs held each year. The fundamentals of farming and country traditions live on. 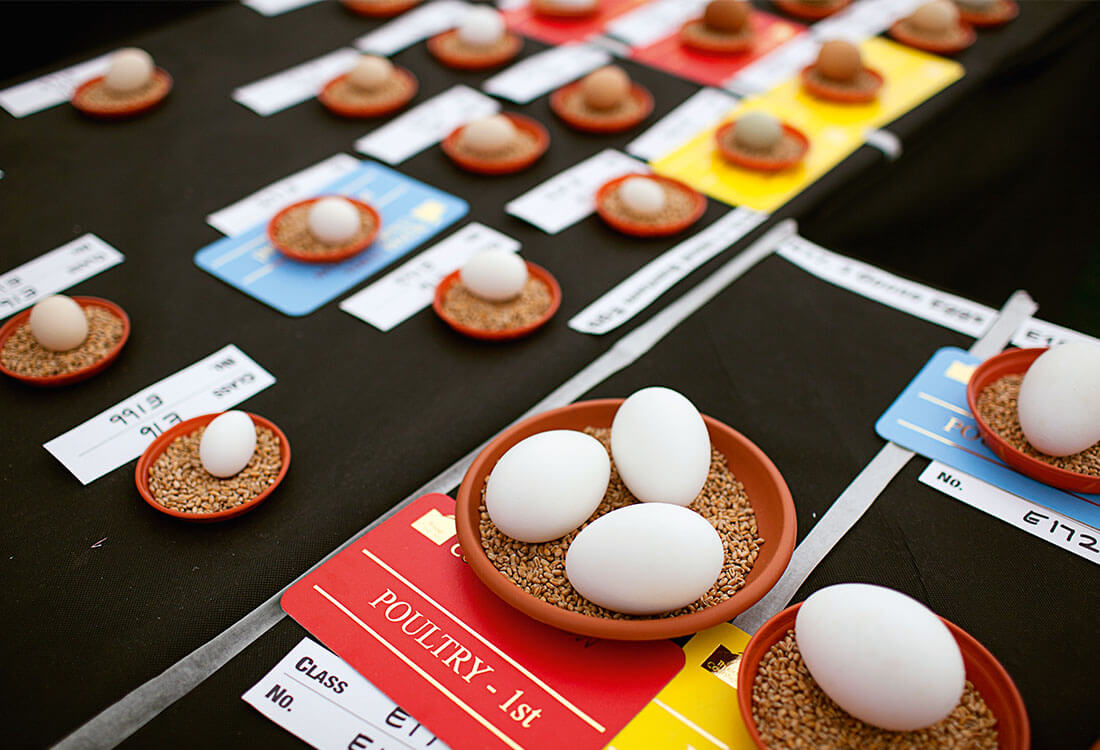 If racing to saw through the tree trunk you’re standing on isn’t your cup of scrumpy, you might instead like to try:

Horseshoes: Drive a wooden stake into the ground, retreat ten paces, throw horseshoe so as to encircle the stake. Remember to return shoes to the kindly horse once you’ve finished.

Archery: Swooshtastic fun! Pro tip: be sure to wear a hand guard so the arrow flight has no chance of slicing through your hand like a serving knife through cheesecake. Long story short: it smarts.

From duck herding to competitive Walling, what to expect from a county show.

As ubiquitous as sheep herding and Shetland ponies – and quite right, too, a steam traction engine in full effect is a spectacular sight even today; lord knows how they appeared to 19th century farm workers, breathing fire and driving threshers and balers with unprecedented power. Other county show favourites include tiny petrol-powered portable engines from the 19049s, old cars, all sorts – the Three Counties boasted a lovely teardrop-shaped caravan, in old shed green and clotted cream.

Birds and county shows have long been a serious concern. This month, for example, you’ll find The Poultry Club of Great Britain, founded 1877, showcasing the best of sock bloodlines at Northumberland County Show (28 May) and Stafford County Show (30-31 May). Alongside that, though –  and ranking alongside the dry cream cracker eating competition in the novelty stakes – we find attractions such as the Quack Pack: Former One Man and His Dog finalist, Meirion Owen, herds ducks using collies and thinly veiled threats: “It’s been a hard two days for the ducks. They misbehaved. I told them overnight, ‘boys, it’s our last day, and if you misbehave we could have a barbecue tonight and I’m not taking you back to West Wales.”

The grand parade is the blue riband event of any country fair worth its salted butter. Expect rosette-sporting cows, some like walking deep-pile rugs, others adorned with pom-pom tails, to swagger through the site like the supermodels of the livestock world. Or glistening horses doing the same, replete with intricately plaited manes and chequer-patterned rumps. Or unless variations: Kent County Show (6-8 July), for example, makes like an audition for Sherlock with a parade of bloodhounds. You’ll probably find representatives from all manner of animal supporters, too. Not just the RSPCA and the usual wildlife trusts, but lesser-spotted bodies such as the Game & Wildlife Conservation Trust, venerable denizens of the ‘killing animals is the best way to conserve them’ wing of wildlife charities.

Whether it’s pulling a plough, trap or carriage, somewhere on site you’re almost certain to find a hard-working horse in harness. Some scenes are faintly ridiculous, such as grand, footman-bookended stage coaches carrying women in outsize hats and long late-Victorian shirts round and round a field; others, like seriously quick and agile horses slaloming through a series of cones, guided by a driver in a two-wheel trap working overtime on the reins, are properly thrilling.

It could be walling, cookery, scarecrows, all sorts. If you’re really lucky, it will be farriering, with teams racing to un-shoe a horse, forge a replacement, or get their beast re-shod. It’s very much the beach volleyball of the Three Counties Show, in an ‘are you really here for the sport?’  kind of way. An audience almost exclusively comprising teenage girls sat rapt as young men in vests and jeans – naturally bronzed and gleaming, toned and tattooed, roll-ups dangling nonchalantly – went about their seriously dazzling work.

Now you’ve got your rustic eye in, it’s time for a quick round of ‘Sheep or Cheese’?

a) Blue texel. Originated in the Netherlands in the 1970s, blue and colour varying from pale to dark.

c) Castlemilk Moorit. Created in the 1900s on land owned by the first Baronet Jardine.

d) Swaledale. Off-white, robust, originating in the Yorkshire valley of the same name.

The bizarre art of vegetable carving.

Some people insist that a contest fashioning vegetables into weird and wonderful sales is child’s play. Others, for shame, feel it is a “novelty”. Tell that to the competitor at last year’s Lambeth Country Show who fashioned her veg into a wan woman carrying a basket of greens while clad in shapeless red robe and big white bonnet, and called the entry ‘The Handmaid’s Kale’.

She was no uniquely skilled chard chiseller but a solitary example of a nationwide craft. Walk past the vegetable-carving tent of your local village show and you’re likely missing some of the most inspired work on site.

This article was brought to you by
The Simple Things magazine,
a monthly invitation to slow down,
enjoy what you have and make the most of where you live.

Are you heading off to a country or county show anytime soon? We’re lucky enough to be at the following events, so do feel free to pop along to our Joules stand and say hello! We’ll see you there. 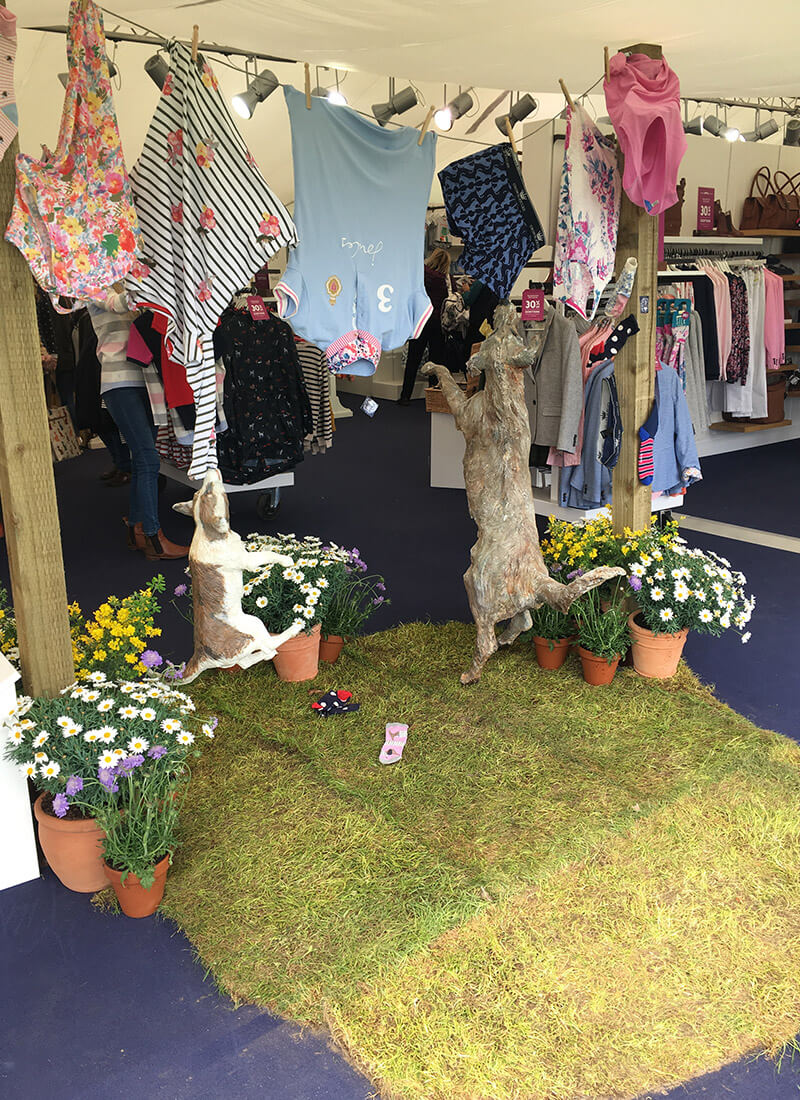 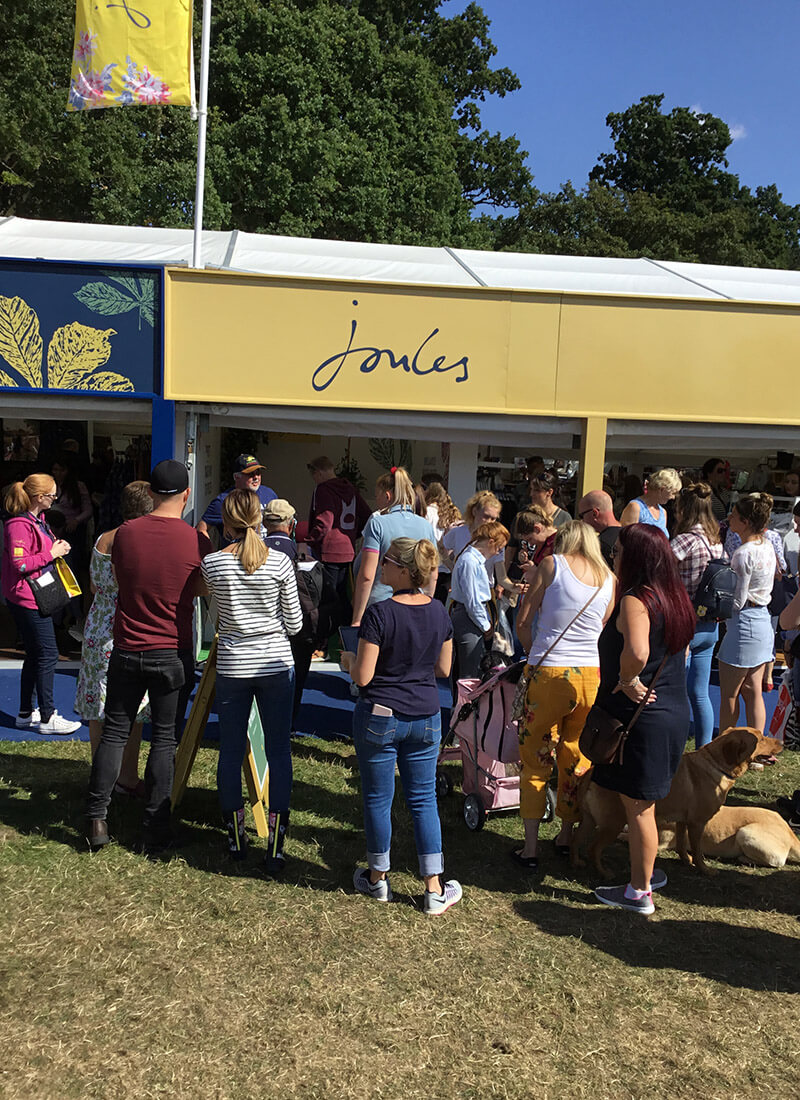