The Joules Journal / What to Put in a Christmas Eve Box

What to Put in a Christmas Eve Box 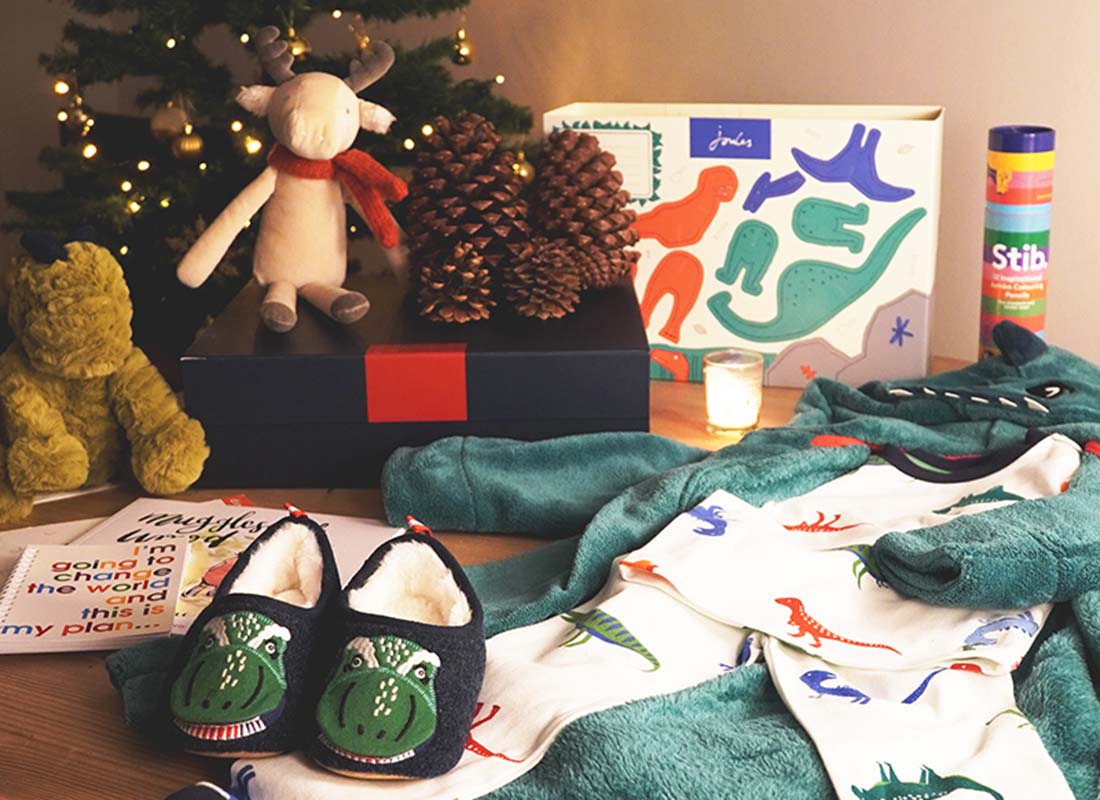 What is a Christmas Eve box?

If your little ones have a hard time containing their excitement as they wait for Santa to arrive, a Christmas Eve Box is a new tradition that would be perfect to start this year. A Christmas Eve box is essentially a box filled with smaller gifts given the night before Christmas to build excitement before the big day. All you have to do is get a box (a decorated shoe box or a gift box will do just fine) and fill it with little things you think will put a smile on their face. If you’re unsure with what goes in a Christmas eve box, we can help you with some of our favourite Christmas Eve box ideas.

WHAT DO YOU PUT IN A CHRISTMAS EVE BOX?

Christmas Eve is all about snuggling down in your PJs and getting cosy, so a new set of pyjamas is a perfect gift to put in their box. Pair with matching slippers and a fluffy dressing gown for even more cuddly cuteness. This is the perfect idea if you’re wondering what to put in a Christmas eve box for a baby. Some festive baby grows and baby accessories such as hats, socks and gloves will keep your little angel cute and cosy

To keep little hands busy when they’re just too excited to settle down, crafty gifts are a great idea for a Christmas eve box. A colouring book and pencils, a Christmas jigsaw puzzle or a notebook to scribble in would do the trick. Or for those with a flair for fashion and textiles, nothing is more Christmassy than crotchet and embroidery sets!

It’s not just Santa and his reindeer that enjoy a little sweet treat on Christmas Eve! A candy cane, chocolate coins or their favourite festive snack will make the evening all that more exciting. Oh, and don’t forget the hot chocolate! And for Christmas eve box ideas for adults, their favourite alcoholic beverage is bound to put them in good spirits!

From traditional toys to a letter from Santa himself, the ideas are endless when it comes to the contents of your child’s Christmas box. If it’s tradition in your household for the kids to unwrap their Christmas eve box just before bed, nothing gets them ready for sweet dreams of Santa and his sleigh like a relaxing bedtime story and a cuddly teddy to hold. It’s something they’ll enjoy, and they can treasure forever.

Christmas is a time for giving, so why not spread some love to your friends and neighbours with a Christmas eve box? After all, you might not get chance to catch up with them on the day itself so why not swing by the night before with some goodies just for them? For Christmas eve box ideas for couples, small ‘him’ and ‘her’ gifts are the way to go. For your friends with children, a family Christmas eve box with festive confectionary, home décor or a classic board game is bound to be appreciated by the whole family.

WHERE DID CHRISTMAS EVE BOXES COME FROM?

Christmas Eve boxes are thought to be a tradition adopted from the Germans. In Germany (and other regions in Europe) Christmas Eve is known as ‘Weihnachten’ which is typically seen as the main event during the festive period. Neither Santa Claus nor St. Nick deliver German children their Christmas presents. Instead, it’s das Christkind (“the Christ Child”), an angelic figure who is believed to be the bringer of gifts on Weihnachten. However, if children try to spot him, he will not come!

If you’re looking for more inspiration for things to put in your Christmas Eve Box, we have lots of festive gifts for the little ones, from PJs and slippers to toys and games, and even hot chocolate too.