The Joules Journal / Yuletide Celebrations, with The Simple Things

Yuletide Celebrations, with The Simple Things 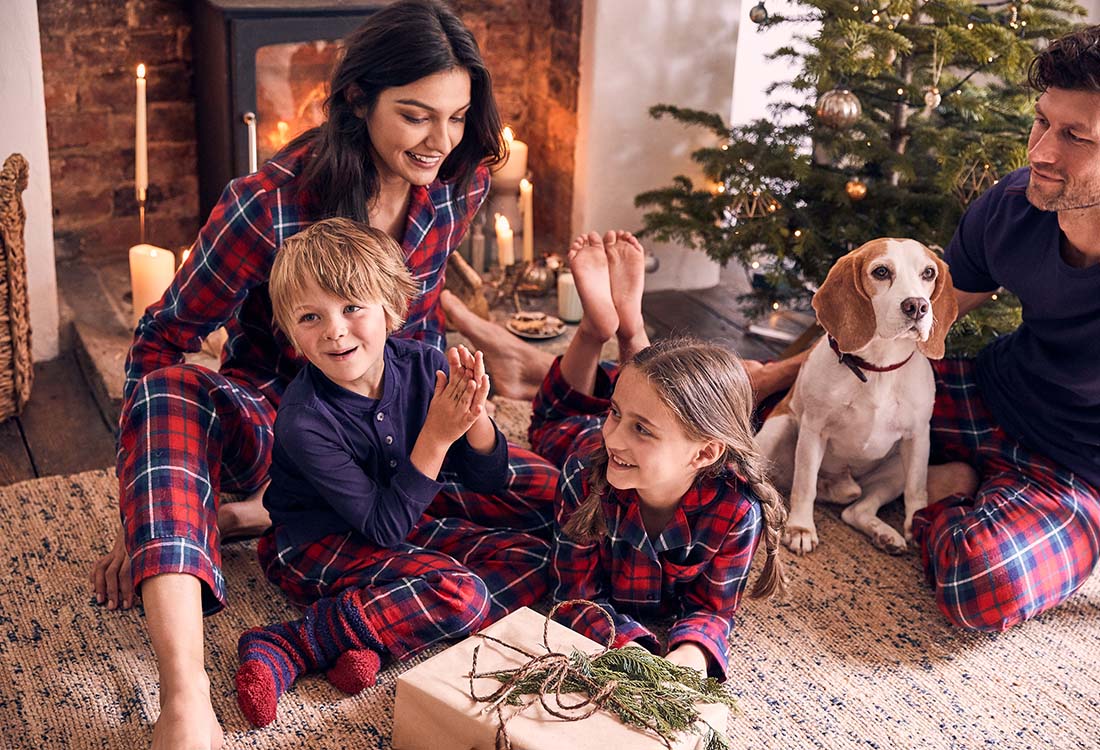 Do you know your Yule from your Christmas? The two words have become interchangeable in modern language, but they are in fact separate celebrations that happen at the same time. Yule is one of the eight agricultural festivals that told our farming ancestors when it was time to sow, reap, stop and take stock.

We asked our friends over at The Simple Things to guide us through this winter festival with the help of writer and forager Lia Leendertz, finished with a traditional yule log recipe to make with the family.

“The winter solstice – also known as Yule, or midwinter – marks the shortest day of the year and the longest night. It is the darkest, coldest moment, the time when all at my allotment plot is dead or sleeping. In other words, it is the time of year that I am least likely to end up there, and most likely to cocoon myself indoors. A small Yuletide celebration provides the strong pull I need to spend some quality time at the plot, to step away from brightly lit shops and carols on-a-loop and to commune instead with crisp air, bare branches and sparse birdsong. Midwinter falls on 21 December – in the run up to Christmas – and it may seem crazy to add another celebration, but a simple afternoon with a fire, the kids and some seasonal food makes a sanity-preserving breathing space before we all descend fully into potentially less calming festivities.”

“The fire is an important part of this celebration, and not just because it is bracingly cold. Midwinter is one of the fire festivals, along with midsummer and the two equinoxes.

At Yule the fire is symbolic of the returning of the sun: it’s at its lowest point in the sky but this means that things can only become brighter from here on in.

The Celts believed that the sun stood still for 12 days around midwinter and a log was lit to conquer darkness, and to light the long nights. With this in mind, I kept back the largest of the logs from pruning our apple tree last winter, and burnt it on the midwinter allotment fire as our own Yule log.”

How will you be celebrating the festival of Yule with your family? We love the simple tradition of an afternoon around the fire, but if you’re more comfortable in the kitchen than by the fireside, we’ve also got a fantastic recipe for a chocolate gingerbread yule log that’s sure to get you in the seasonal spirit… 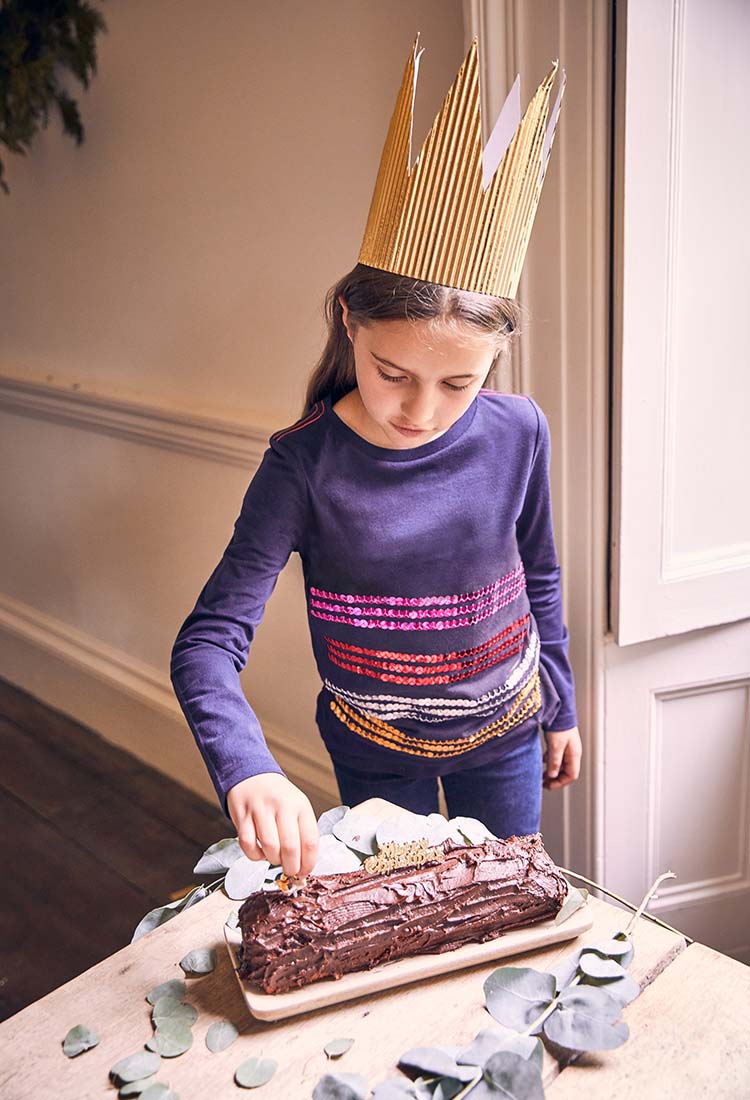 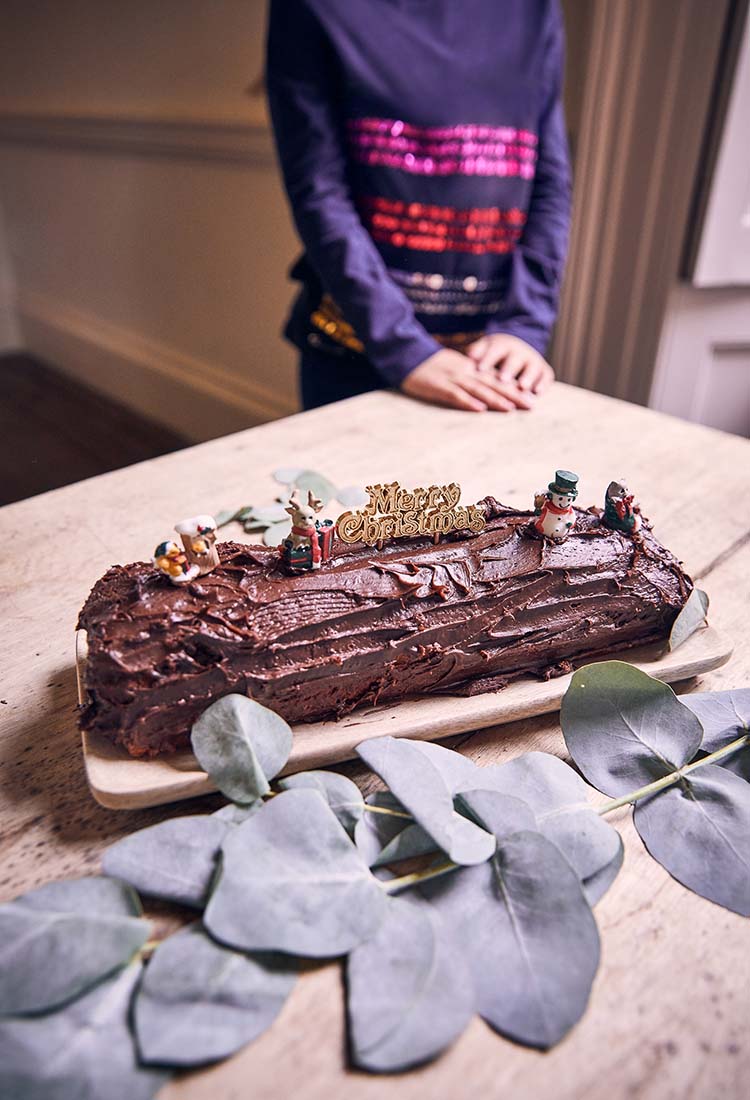 For the gingerbread cream filling:

For the chocolate ganache:

Mix together the flour, bicarb, spices and salt and set aside

In a bowl, beat together the egg yolks until thickened, then beat in the molasses (or honey) and melted butter

In another bowl, beat the egg whites until they form soft peaks, then gradually add sugar until dissolved. Gently fold in the egg yolk mixture followed by the flour mixture

Once cooked, remove baking parchment and transfer onto a tea towel lightly dusted with icing sugar and gently roll up, starting at the short end

While cooling, combine the double cream and cinnamon and beat until soft peaks form. Put a handful of gingerbread biscuits in a bag and bash with a rolling pin (not too hard, mind little fingers!) until crumbled, then fold this into the cream

To make the ganache, break up the chocolate and add it to a glass bowl with the butter. In a saucepan, heat the cream until it starts to bubble at the edges, then pour over the chocolate and butter and stir until melted and smooth

Once cooled, unroll the cake, remove the towel and spread the gingerbread cream mixture over the top, then roll it up again. Cover the rolled cake with the chocolate ganache and run a palete knife along it to create the log effect

However you choose to celebrate Yule this year, we’d love to see your pics. Share them with us on Instagram by tagging #JoulesMakingMemories, or upload them here. You could WIN a family getaway worth £1,000 with @holidaycottages.co.uk + a £500 Joules voucher* ⁠

This article was brought to you by
The Simple Things magazine,
a monthly invitation to slow down,
enjoy what you have and make the most of where you live.